Discussions about meetings, both organised by us and by others, can take place here. If you want to organise a meeting yourself, this is the place to start! If you want to inform everyone of a meeting no one might know, feel free to post it here too.

Getting in first with the first picture of the day: 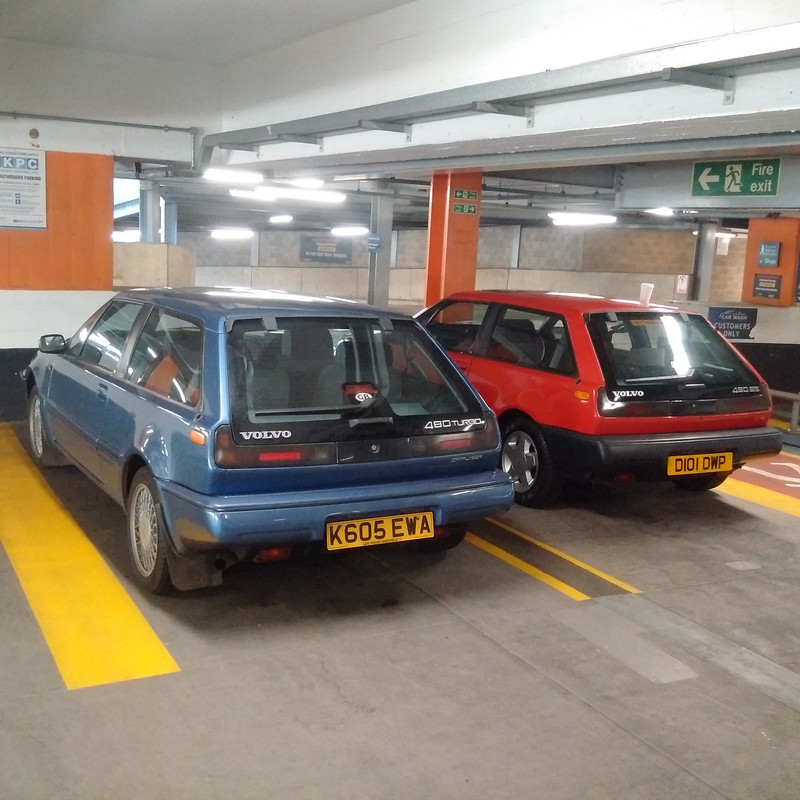 Due to various circumstances (mainly work - the joys of being self-employed!) we are being a bit thwarted today and are still at home

We will be joining everyone, but later on and only for a couple of hours I am afraid, before we have to race off again. Most likely is that we'll join you in Singleton and stay for Goodwood gate - but can't stay for dinner this time I am afraid.

See you all later

I’m all on my own outside the caves! Even the local v70 has vanished!
Top

I did manage to find the car park and catch up with all of them - real shame you weren’t there, I had unobtainium for you to look at and compare! Maybe next time eh?

Very seriously, don’t work too hard or too long. Your candle should burn at one end only!
Top

I did manage to find the car park and catch up with all of them - real shame you weren’t there, I had unobtainium for you to look at and compare! Maybe next time eh?

Very seriously, don’t work too hard or too long. Your candle should burn at one end only!

Wise words I know - life's just a bit complicated at the mo...

Anyway we have now set off because we have to go South anyway, but whether we will be in time to join you is an unknown. Hope to see everyone later; sorry to miss you if we don't make it.

Just got back from an other great weekend away at the meet. Awesome to see everyone again, and huge thanks as always to Sylvia and Al for their hard work organising the meet and for their great company. Brilliant to meet some new faces too, and of course "new" 480's. All the cars looked great in the autumn sunlight.

Cant wait for the next one 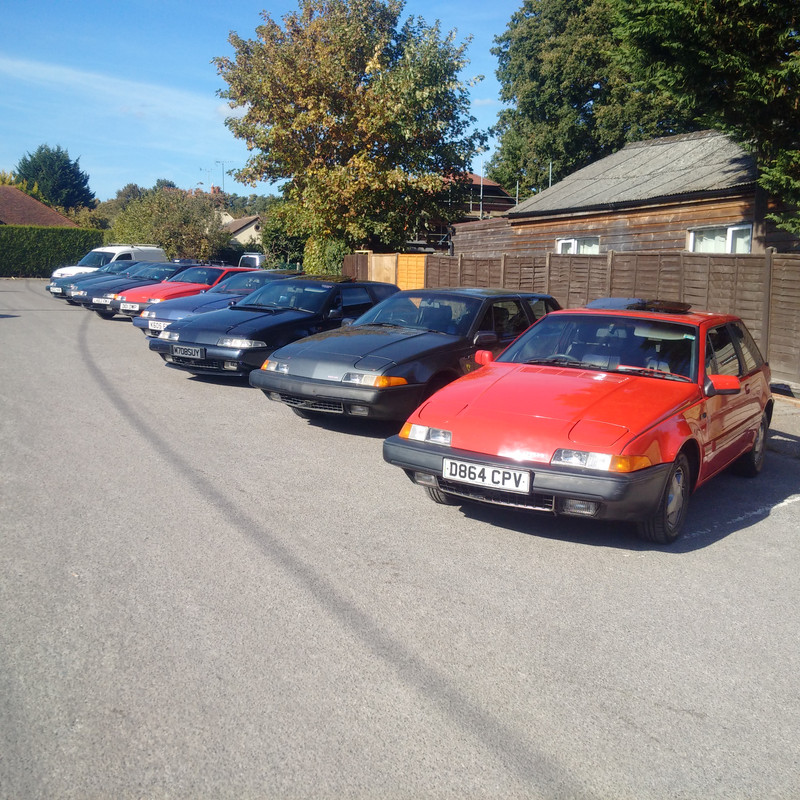 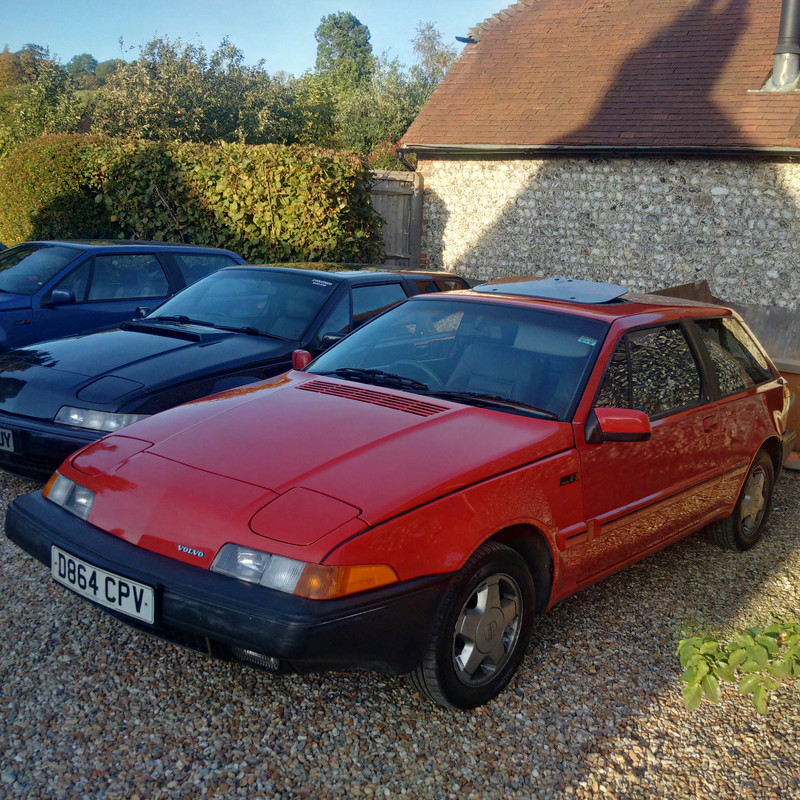 Yes, thank you every one, I had a great time too! Highlights for me we just seeing lots of 480's together again. I was particularly impressed that Keith got his launch car together for its first proper trip out-- I believe wheels went back on at 10pm the night before and minimum dashboard.

Also, very impressed with Will's (although likely to be Katie's in the future) new save called Brian!‎ He looked great in that colour-- a very professional looking 480, I presume Brian is a retired doctor.

Jeff, I was particularly impressed with your dash down to visit before your hospital appointment.

David, sorry we didn't get to catch you. Really hope you can make the next meet which is likely to be in May.‎
‎
Rachel it was a pleasure to see you and your mean machine‎ again.

Sylvia and Al, thanks again as usual for being our rudder and steering us about plus all the planning and reconnaissance trips down in advance.‎‎

And our Facebook friends that came along too, you were very welcome additions too. 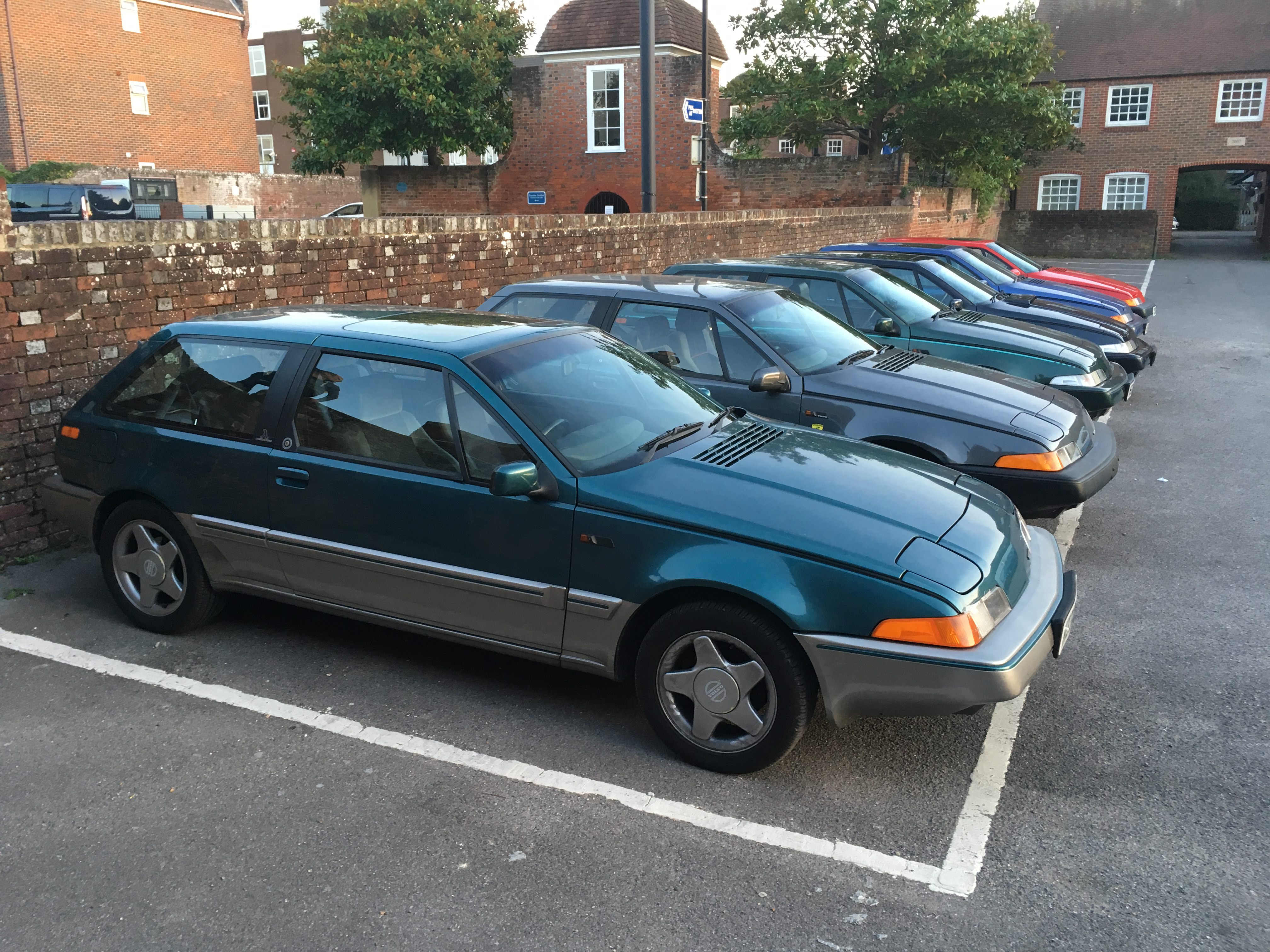 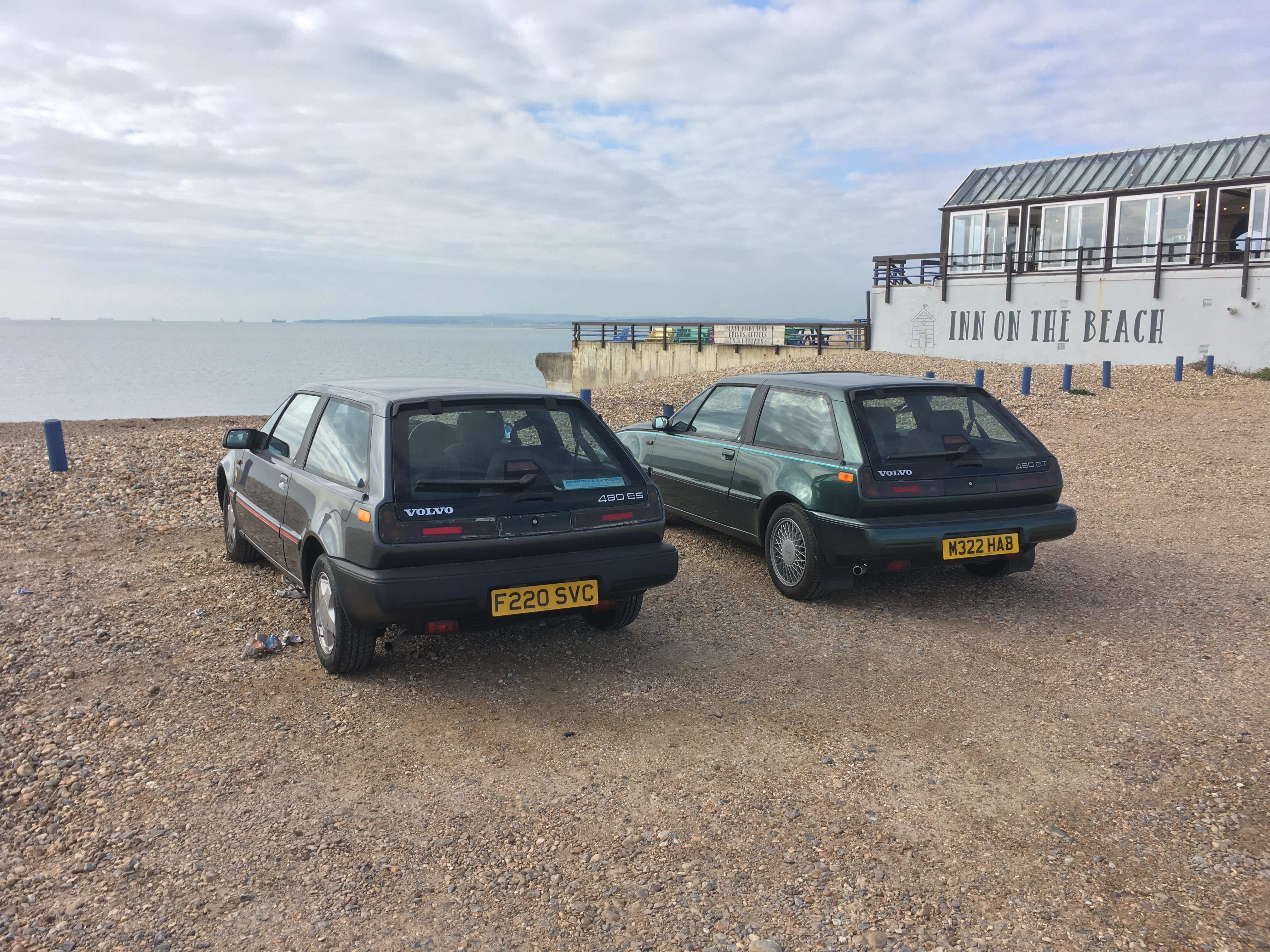 Much the same as others have said - great to see everyone again and many thanks to Sylvia and Al once again for organising everything. Bring on the next one!
Current: '94 GT & '88 ES
Former: '89 ES
Top

Sadly I was unable to attend this meeting. Looks like a good time was had.


jamescarruthers wrote: ↑
Mon Oct 01, 2018 7:41 am
Lastly, EyeofRa, greatly anticipating seeing your car(s) back together for next year.‎

Car(s) will not be next year. Not decided yet if second car is even saveable at the moment and if it is it will need a lot of work.

Our weekend started very badly - on Thursday, I spent the whole day in and out cleaning Lily. Along the line I managed to drop my phone into a bowl of water, so I had to fall back on Al's phone with my sim card in it. Then I decided his 480 sweatshirt needed a wash, so on went my horribly expensive 4 month old Samsung washing machine. On a later trip back indoors it was playing music to tell me it had finished, but said sweatshirt was still dripping. I reset it for a rinse and spin and tried again, but the same result, so for 2 days I was moving the wretched sweatshirt from pillar to post, just to get it dry. Two gadgets out of action.
Al spent Friday morning polishing Lily while I did the wheels and hoovered out the inside, and by 1pm we were finally ready to set off. Approaching our first coffee stop, Al glanced at the voltmeter and it had dropped to 10 volts - never good news ! We had our coffee and decided not to risk carrying on, so we rang our garageman to ask him to get the GT's battery on charge and check Lily's alternator when we arrived. I drove back up the A11, but ran out of juice just 3 miles short. Another phone call got him out to change the battery and confirm the alternator was dead. Three gadets out of action - not my idea of fun ! We were then 28 miles from home, so off we went again only to flatten the second battery less than halfway. Luckily, I felt the first misfire just before a layby where we sat for an hour awaiting the breakdown truck. Here's Lily peering in the back window at us

and arriving home 7 hours after setting off

So, I got online an taxed Eva then we jumped in the 850 having first disposed of the dead rat at the bottom of the stairs (thank you Willow !), got sausage and chips en route, and drove up to our rented garage. The 850 got parked in Norwich to save an hour, and Eva got us to High Wycombe at 1am on Saturday, 12 hours after we originally set off. After that, it all started getting much better. The first thing we saw as we drove into the carpark was

Hello James !! So glad you made it this time, after the disappointment of Scotland.

We had 9 480s at the Hellfire Caves, including 2 two-tones

How rare is that ?

A passing couple with 3 or 4 year old son stopped to ask about the cars - they were genuinely interested and stayed for quite a while. Even the little boy was fascinated with what's under bonnets, so I dropped EVA's and gave him a real thrill with the pop-ups - his face was an absolute picture of amazement !
Here are some more of my photos

As always, my thanks go to everyone who came along - as I said to an interested passerby, we are lucky enough to have a club full of friendly down-to-earth people so we all enjoy one another's company. It's definitely the people who make it such a great day out. Roll on next May !
Sylvia

I do hope to be back in the wedgiewonderland fold before too long. Working on it...

All the best to everyone for keeping the dream alive!

Hello Martin, Nice to know you are still on board ! Fingers crossed for May.
Sylvia

I hope everyone is well and your 480's are behaving!

Here is a link to Aaron's photos he took during the meet.

Wonderful pictures, a big thank you to Aaron !!
Sylvia

Finally got around to stills from the dashcam:

oh dear, the gates were still open and we weren't supposed to go in....

all back out after a grumble from security about Volvos blocking the gate - did they really recognise the make or just got clear enough pics to read a badge ?

photos done and off to The Bear

having asked Jaster to take the lead, I suddenly realised that I didn't know if the postcode would take us to the front of the hotel (tricky to turn around) or round the one way system to the carpark. Quick debate with Al and decided to overtake

sorry they are a bit blurry on the left, our last minute change of car meant the windscreen hadn't been give the usual thorough clean

next morning in the Bear carpark, a Trotter cousin had muscled in on the lineup - cheek !