what on earth is that I hear you say.

Well, car electrics are baffling at the best of times. That 12V battery is actually 12.8 volts fully charged. And to charge it, your alternator needs to sit at a higher voltage. Think of it like buckets of water. If you've two buckets of water with a pipe between them, and they've got the same amount of water in them, nothing flows between the pipe. Add more water to one bucket and the level rises and water flows through the pipe.

To charge your battery, an alternator needs to sit above 13.5V. Anything less and you're not putting any meaningful amount back into the battery, and worse still, you're actually drawing current from the battery. Run like that long enough and you'll flatten the battery.

So, then, what is Volt drop? Essentially, you're losing voltage along the positive or negative connections, due to things like Corrosion in the cables, or poor connections.

Lets take Henry, the green Turbo. As some of you know, James borrowed him, and he came back with a list of minor "things to fix" (big thanks to James, they've all been ticked off!). One of them was that on the first night, the headlamps seemed quite dim. It "seemed to fix itself" because the next day, it was fine. So what we actually had, was an extended period of time on load (headlamps on, blower on etc) that was actually slowly draining the battery.

Heres the voltage at the battery, at 2000 rpm, with headlamps, front foglamps, heated rear window and heater blower on 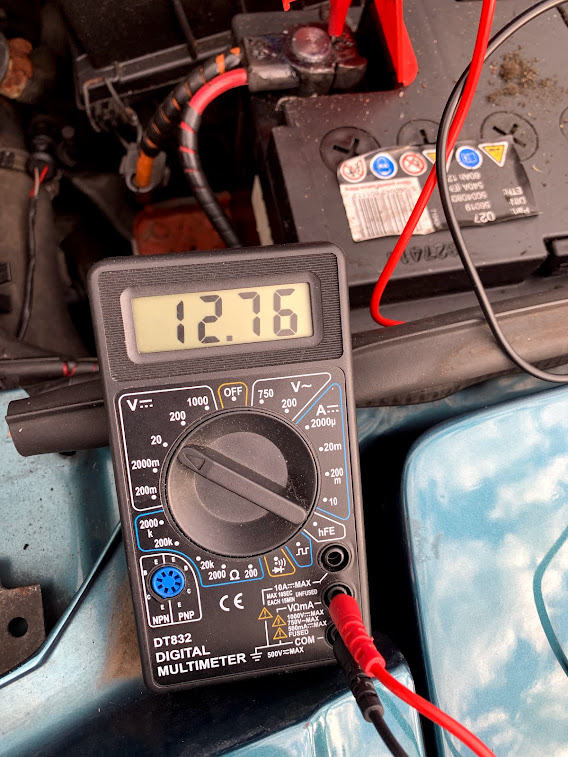 Lets measure directly on the Positive and negative terminals of the alternator to see what it's outputting. (athough I actually cocked up and left the negative on the battery - It's hard only having two hands when you need 3 or some corocodile clips on your meter!) 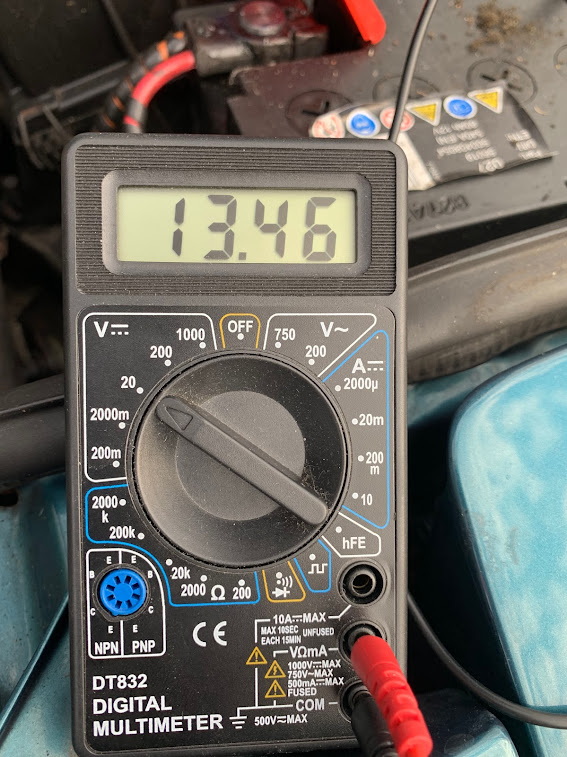 Ok, so we've a healthy output at the alternator, but somewhere along the way, we're losing voltage - that's Volt drop. Halfords at this point have probably sold you a new alternator, then when battery still doesn't charge, it's a new Battery, then blame the starter etc etc etc. 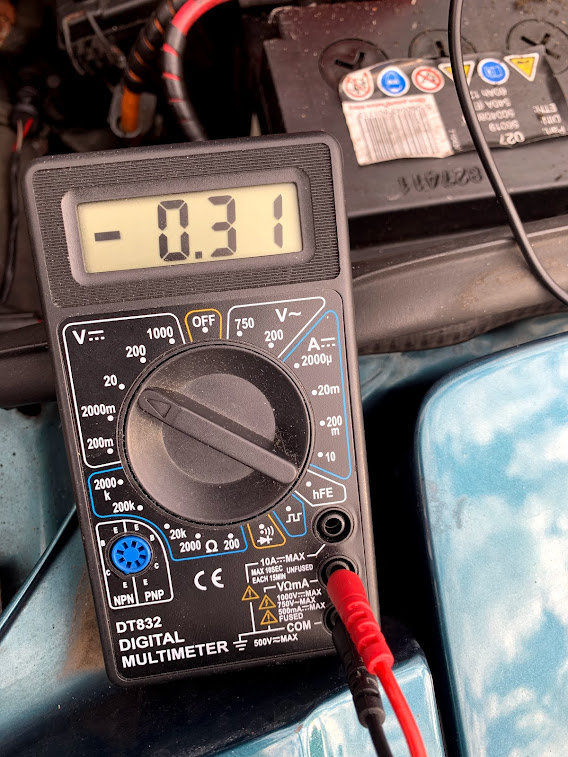 What about measuring between the battery positive and the alternator positive? 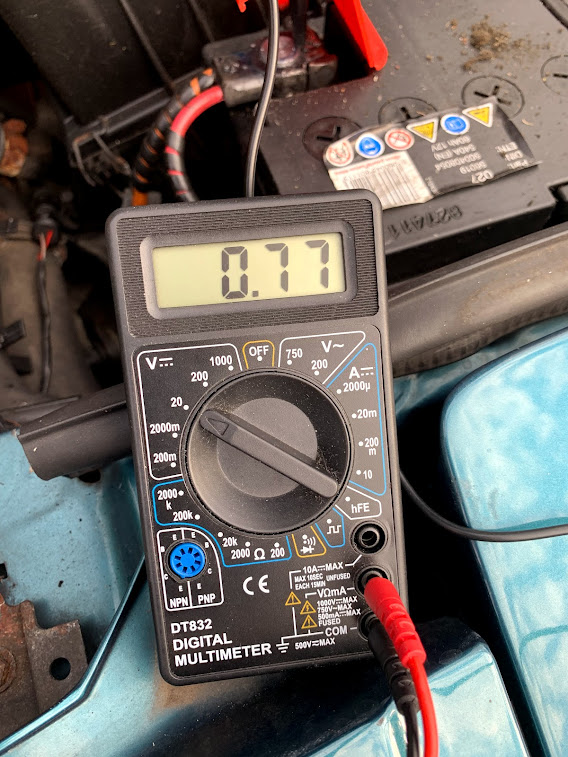 Ah.... look at that. There's a whole volt going missing due to wiring! So, lets fix!

My first favourite is to give the alternator a direct earth, its quick it's simple, and it looks like this: 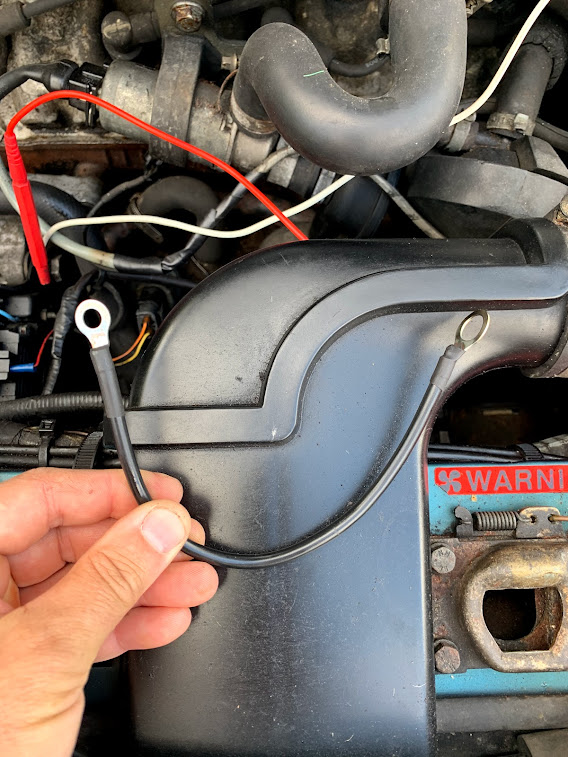 That goes from the Alternator negative terminal, to the mounting bracket for the alternator, directly into the engine. (15mm bolt - bloody french designers!)

Next we go from the engine hook, to the power-steering reservoir bracket with a similar cable. 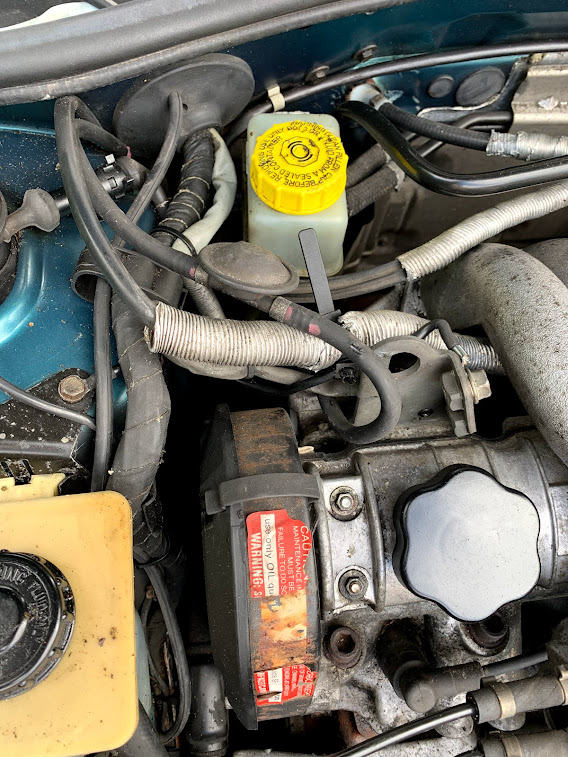 There's an earthing point here for the injectors, so adding an extra path is good! You could, if you wanted to, go straight from the alternator earth, to the battery earth, but as you'll disocver when you run the positive cable, it's quite tight for space.

However, lets have a look how our earths have done. 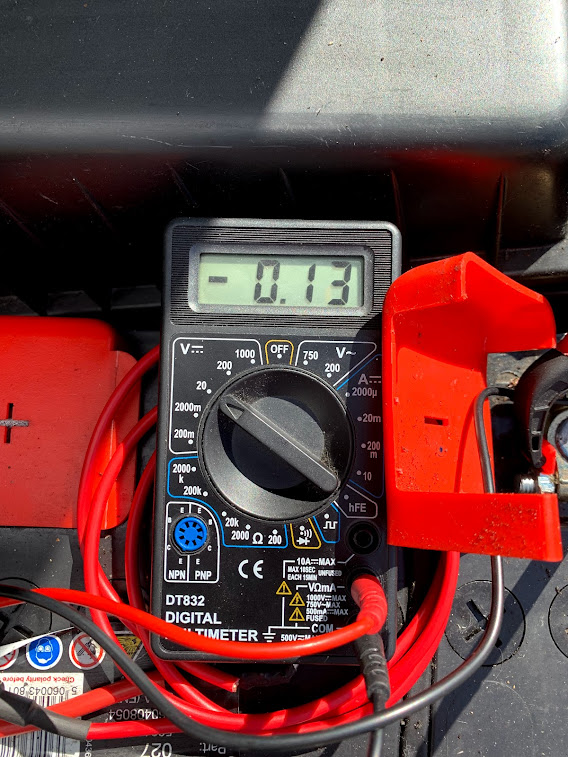 which has taken the charge rate under full load to: 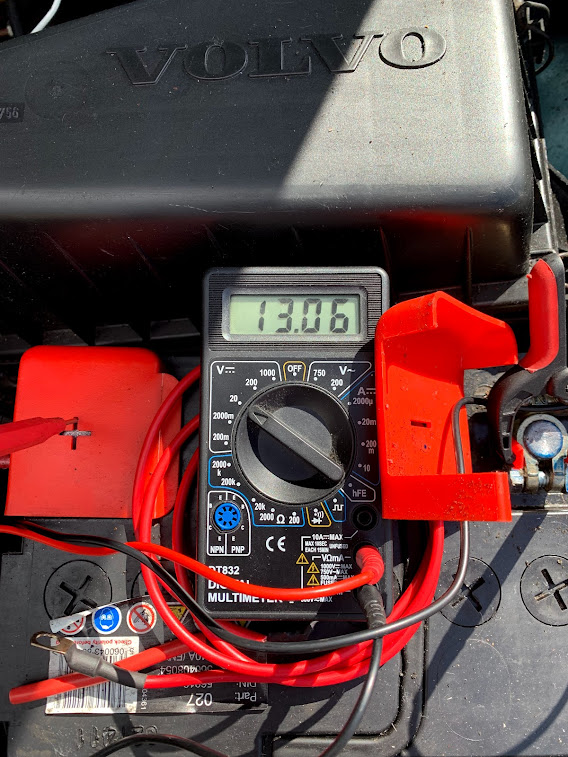 Excellent, we're moving in the right direction! So, the positive side.... You may not know, but Volvo recalled the 480 for a wiring problem, which meant we all got a "mega fuse" stuck in the charging line. Depending on who did your recall work depends on how good (or bad) your existing wiring will be. Me? I'll just run an additional positive line, with an additional mega-fuse direct to the battery. 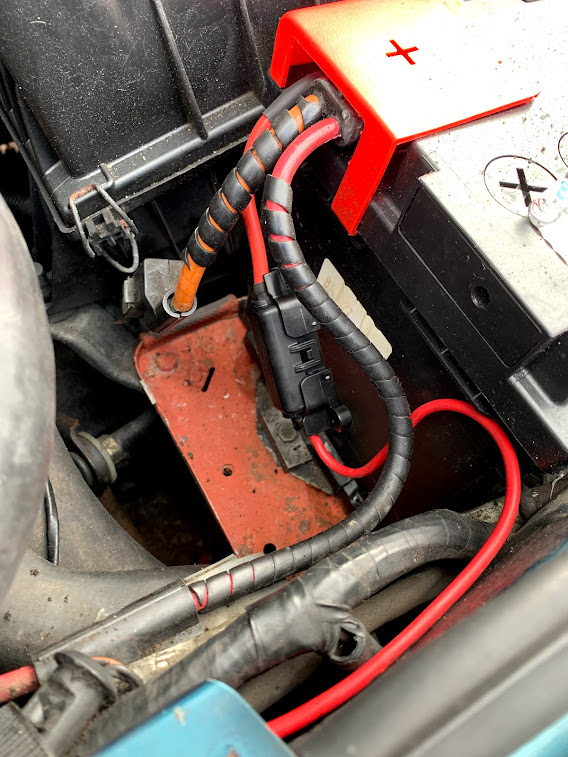 So, what's our charge rate like now under full load? 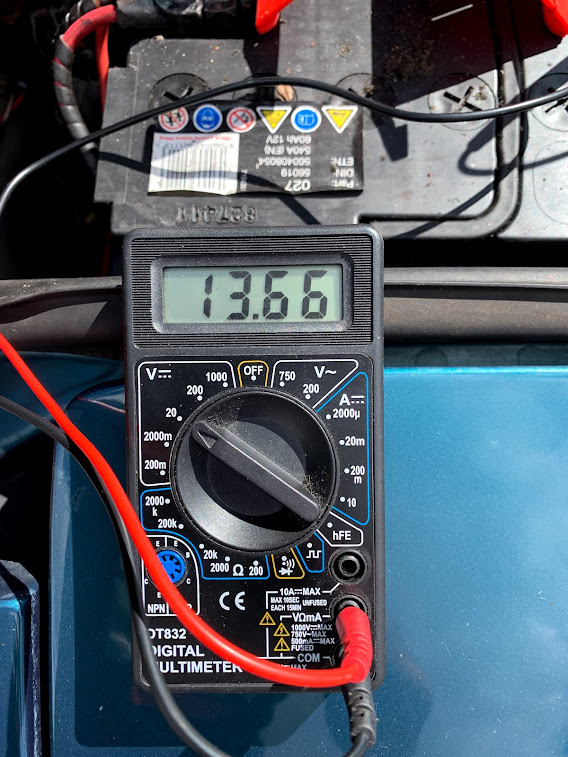 Out of the danger zone, into the charging zone!

And off load charge rate? 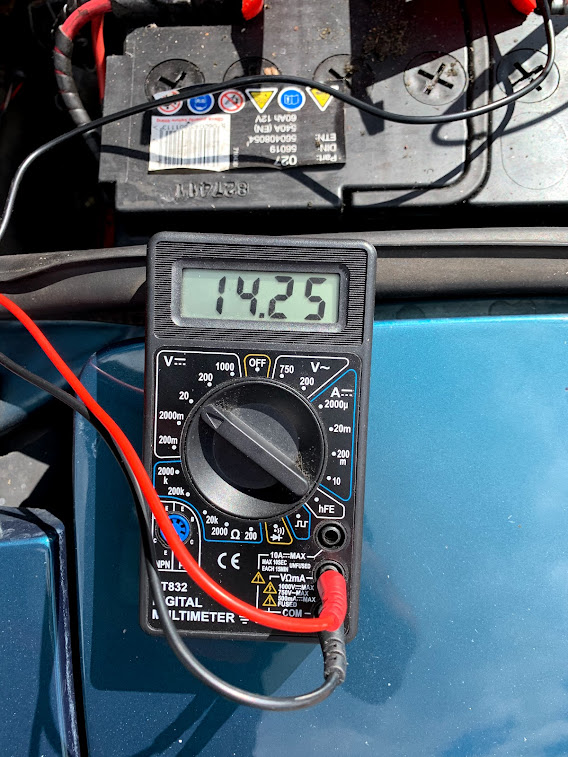 all for an hours work and a little bit of wire.

Now, I urge you all to get out there with your voltmeters, and go check yours!
Top

Re: Finding (and Fixing) Volt drop

Re: Finding (and Fixing) Volt drop

I wonder how many of us never think of checking the charging system?
A most useful article.
Copied for my file.
Thanks jifflemon
Top
Post Reply
3 posts • Page 1 of 1