Presumably you're just taking the gearbox from that 5, not the engine? Or have I missed something along the way!?
Top

jifflemon wrote: ↑
Wed May 08, 2019 7:29 am
Presumably you're just taking the gearbox from that 5, not the engine? Or have I missed something along the way!?

Yes i was only taking the gearbox from that 5. I could have had the whole engine setup for £4000 but ive already put all my money and time into rebuilding a b18ft engine.

Pffftt over modified. We're just making them what they should have been haha

Long time since the last update, almost forgot. Lodes has been done and acquired!

All rust has been cut out and fresh metal welded in.
All suspension components have been removed, old bushes removed and poly bushes pressed in. All painted in primer for the time being. To be followed up with UPOL raptor which is excellent for durability. if its good enough for truck beds. It'll do wonders for underseal.

My sidewinder exhaust manifold has been test fit, some slight alterations needed for the angle of the turbo for the downpipe. Though im waiting on the delivery of the turbo smart GenV 38mm external wategate, in order to fit a switchable screamer pipe so this can be ASBO loud when i want haha

Adjustable Panhard bar supplied by Fraser has been fitted so it can be aligned properly. Though I do think the torque arms will need adjusters also as the toe of the rear is sill rather uneven from lowering.

Arches on the rear are almost complete for my home brew widebody, created from 2 recycled front wings. only slight alterations needed but the groves almost match up perfectly so impressed by that!

Air con parts - all have been stripped and collected from fraser's GT with a nice find of good condition condenser from Edwin. So the transplant of both turbo engine and air con setup will probably need to be put in first due to the setup of the engine bay. 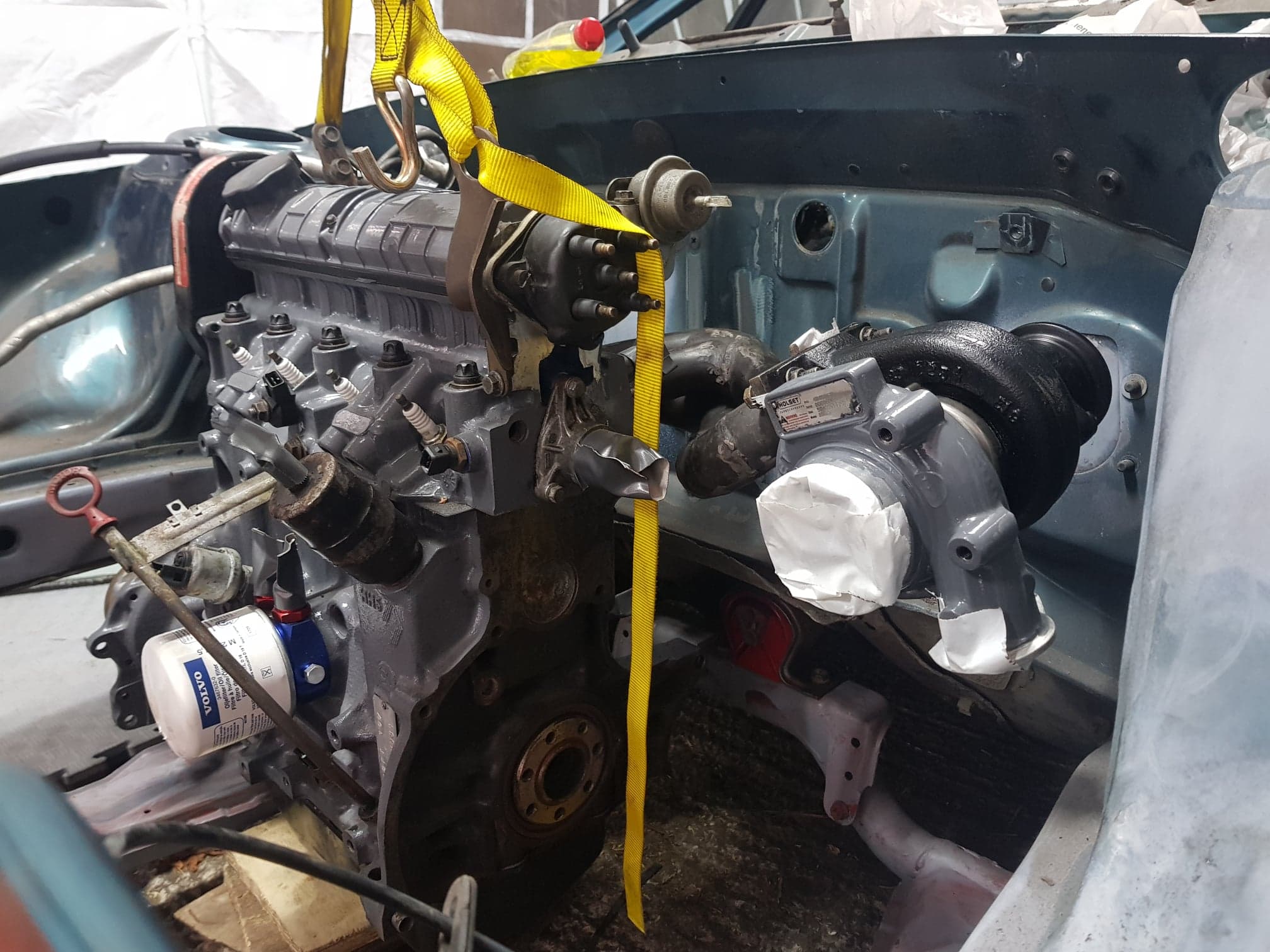 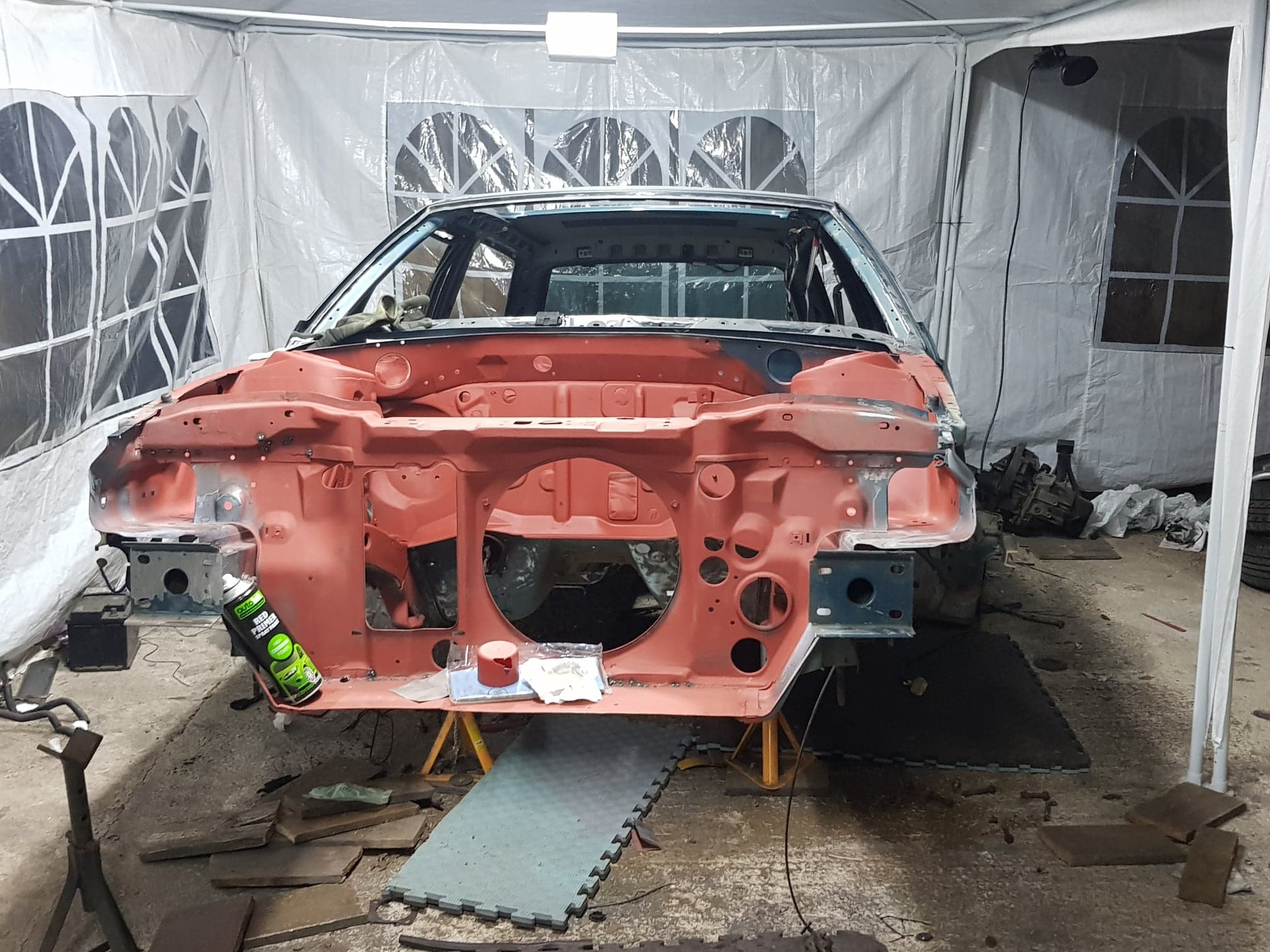 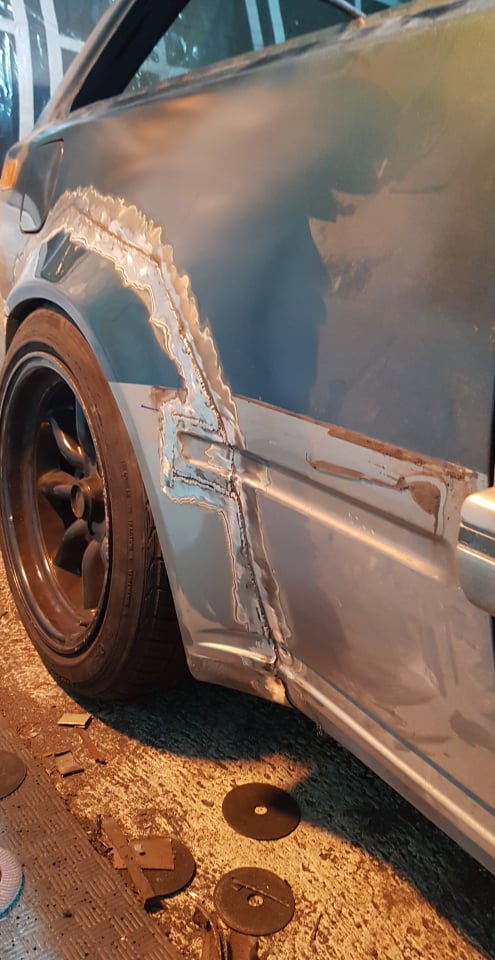 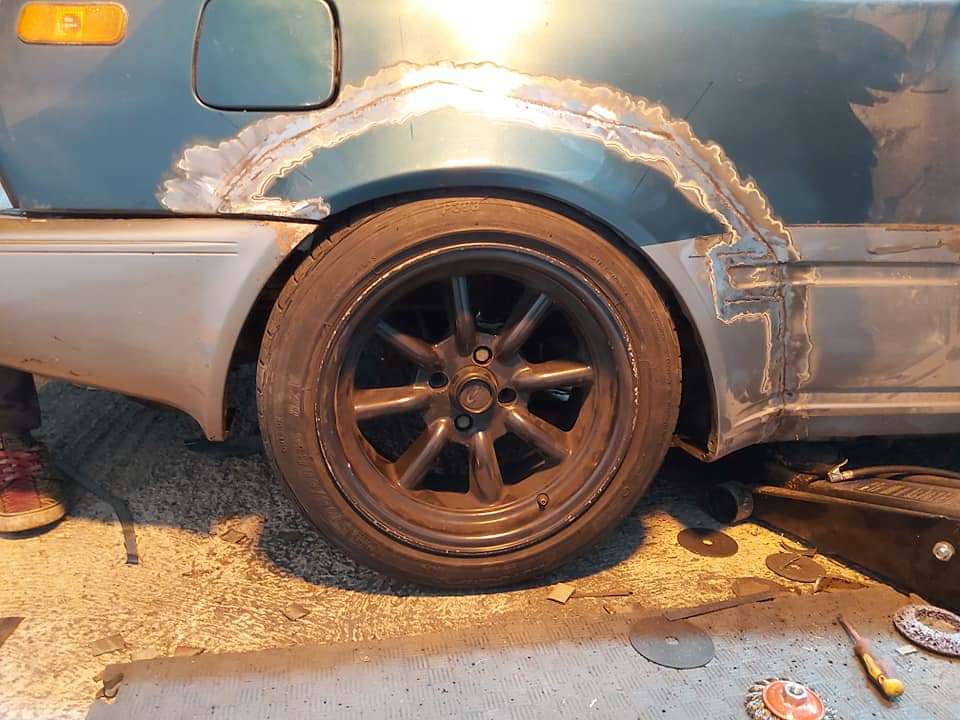 Colour change respray due in march, so im working all the spare time to remove the old rubber underseal which is taking weeks! No exaggeration I do not recommend this but its needed to be done. the rubber underseal was a bad idea Volvo, it hid a lot of nasty rust on the rear especially which you couldn't see otherwise.

*Breathes in* so yeah lodes of stuff, and still tons to spend but ive got a 4 month deadline so regular updates to follow. You guys will like the colour i promise

Latest update, the car in question is still in the paint shop. The shell has been smoothed out for the widened arches and has now been painted. They are still working on the custom front spoiler and bumpers but i've told them to take as long as they need. Gotta be perfect!

After seeing the latest post today of a certain someone's questionably chosen purple 480 on the 480 uk page... thought id show the 480 community which has questionable taste at the best of times, a nice colour to use on these!

They've still to flatten the paint and polish it. The colour is one that really looks good outside.

But its so much nicer in person... 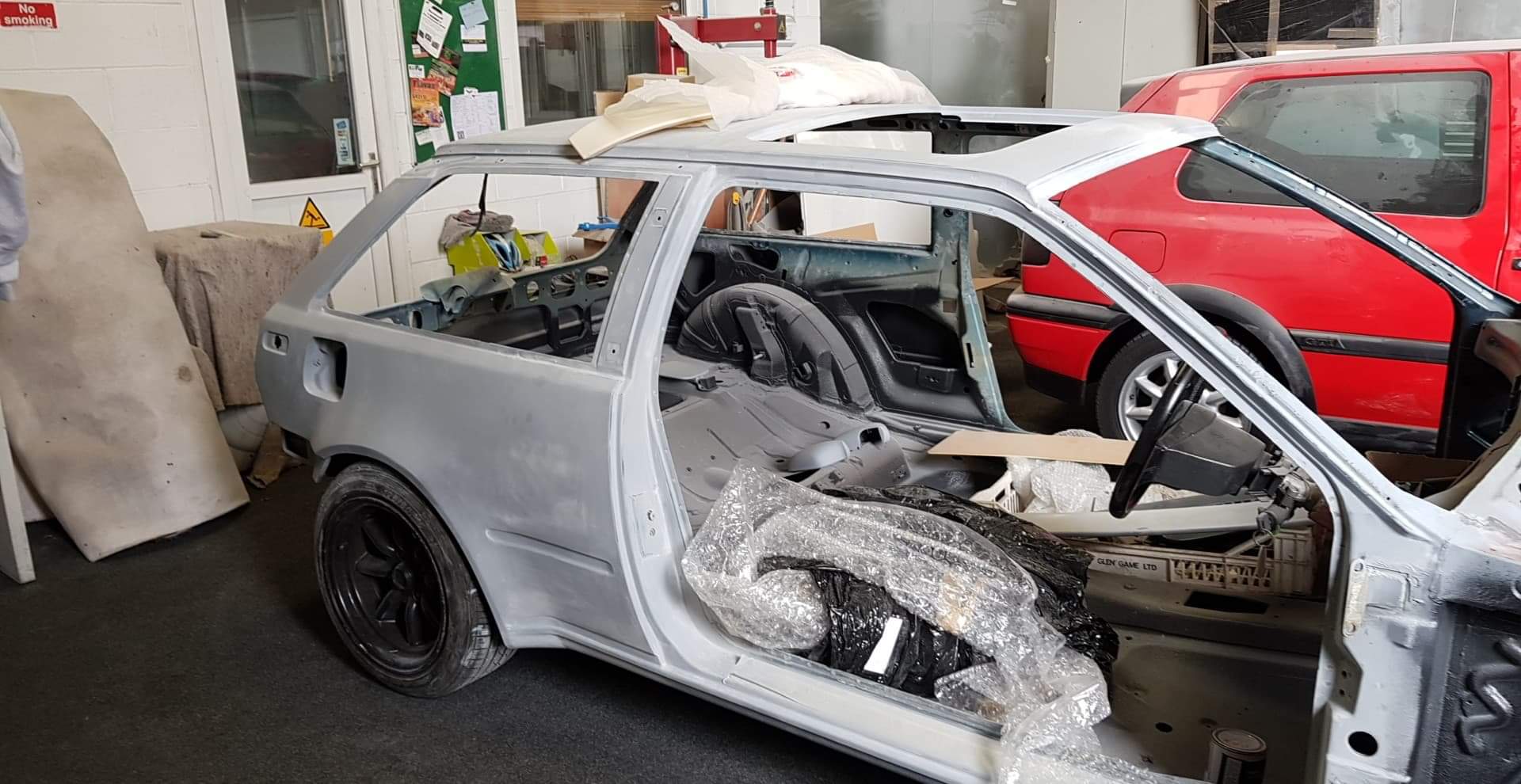 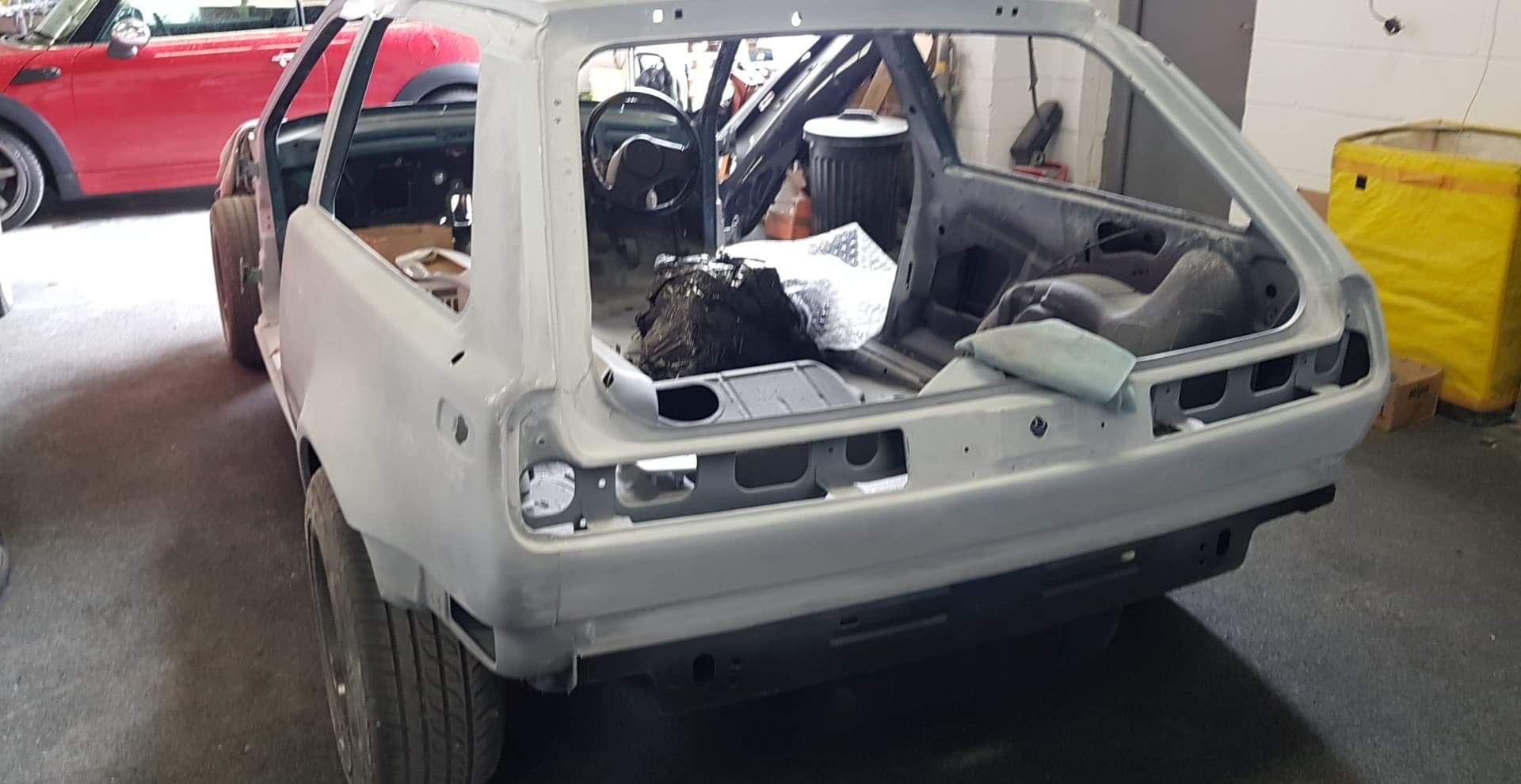 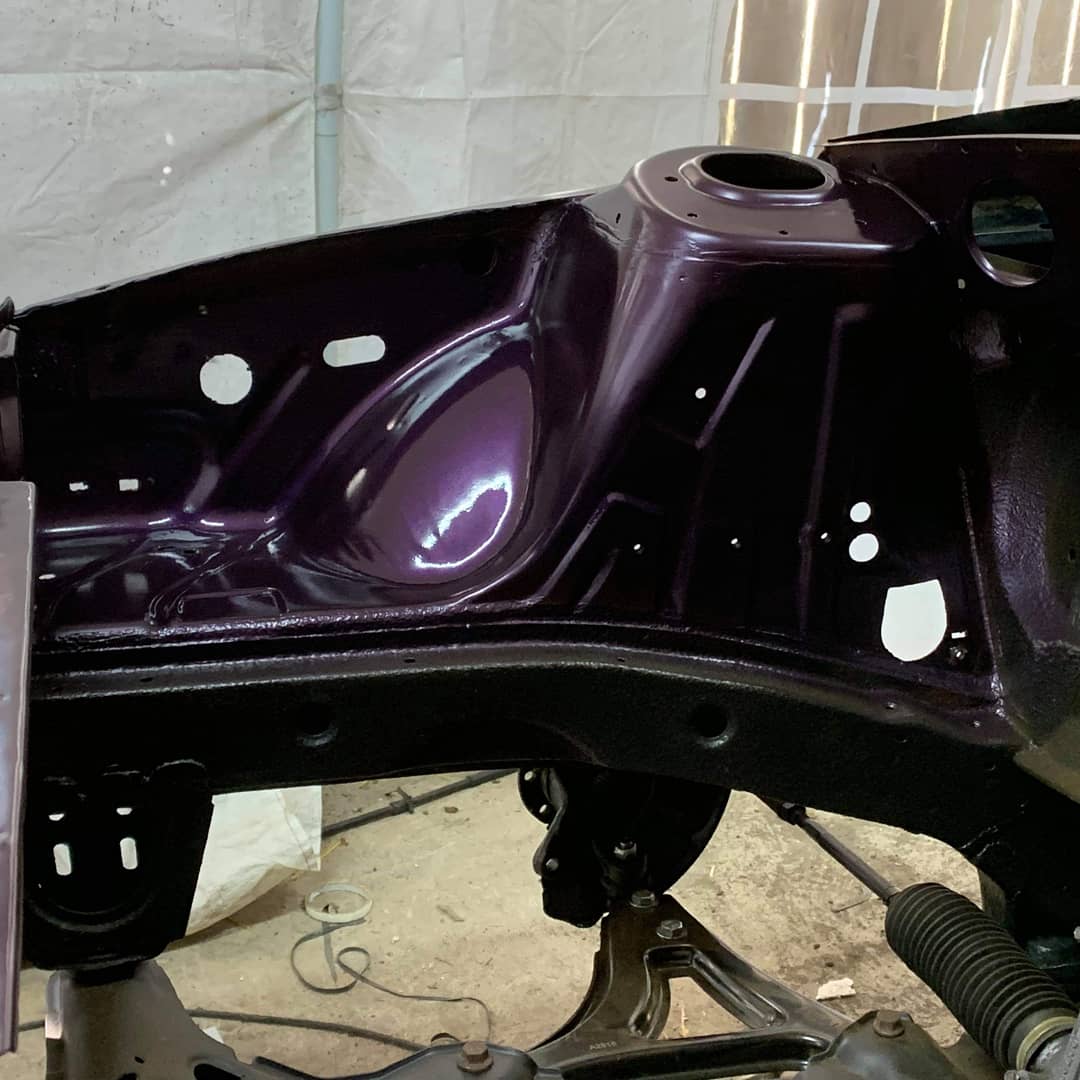 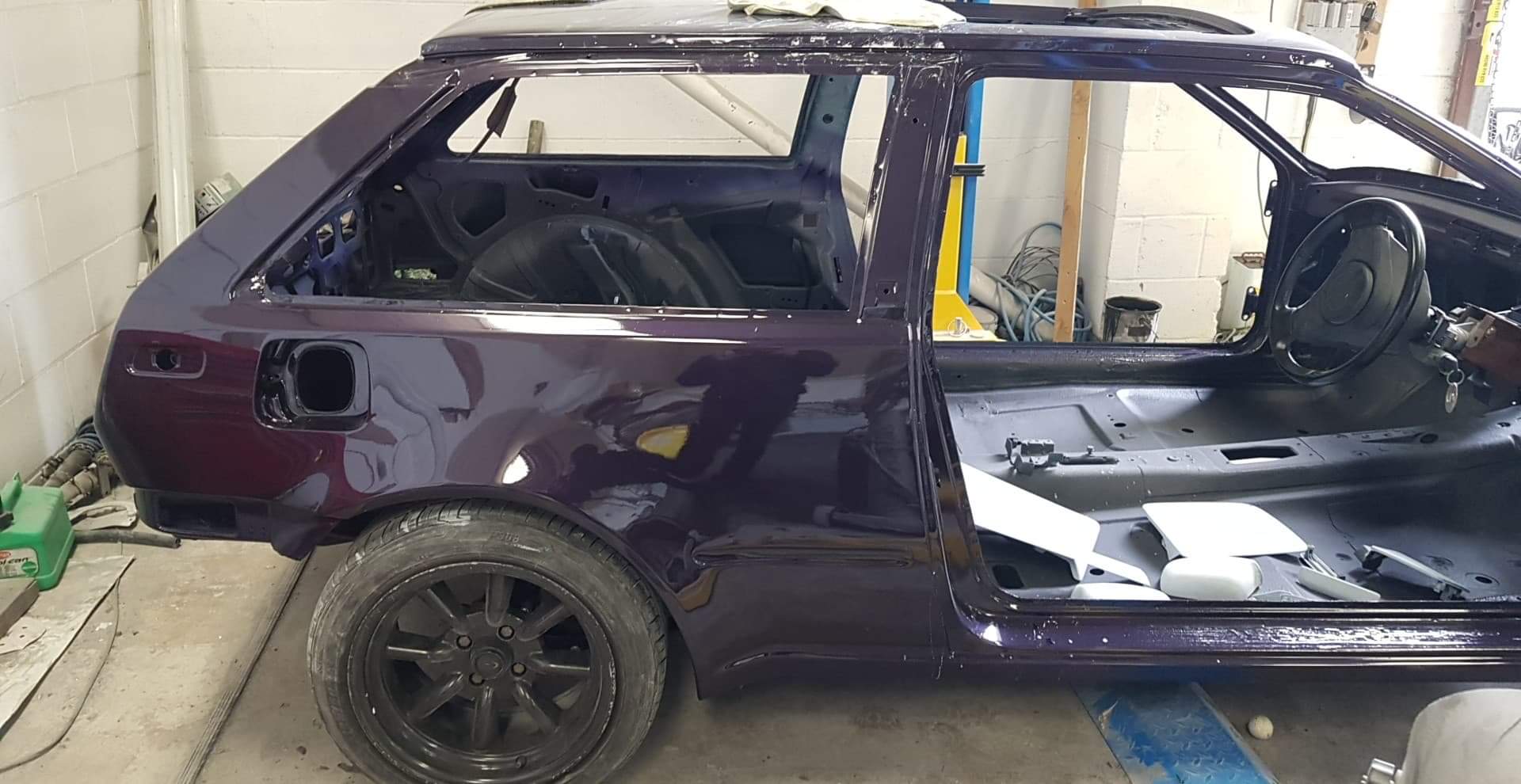 Thats looking amazing - is it the 850 shade of purple?
Top

No sir! Its the rare colour option on some of the Audi RS line cars. (picture below for reference of the "Merlin Purple" Audi colour). 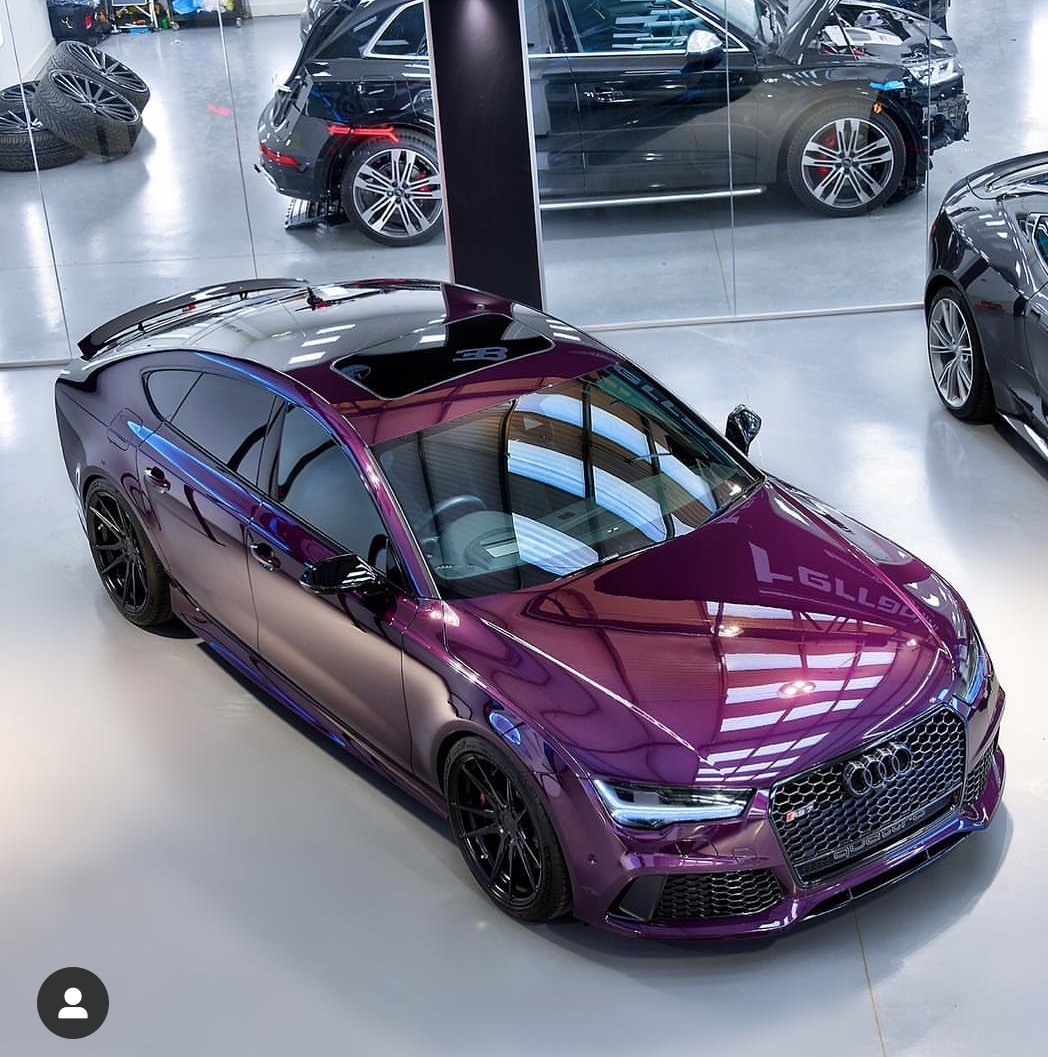 Love those rear arches.... wide, but fully OE style to boot. Just my cup of tea.

I know its "just right" for it really. Doing it properly!

Already thermal wrapped the firewall in gold, its good to reflect 80% heat and has a 550 degree melting point so 'should' have cooler cabin temps!

I can now start routing Brake lines and refitting the brake booster.

I'll let the photo's do the talking... 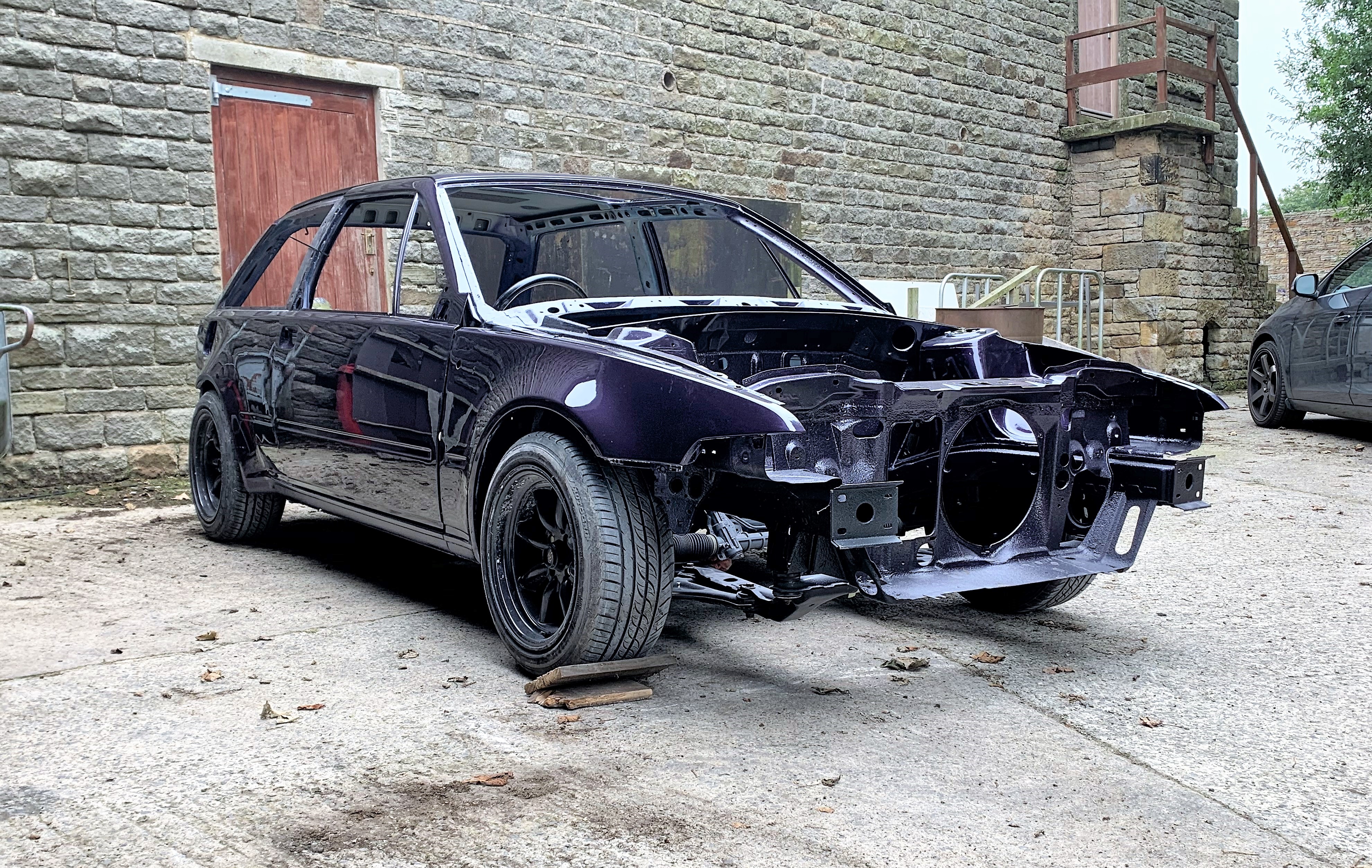 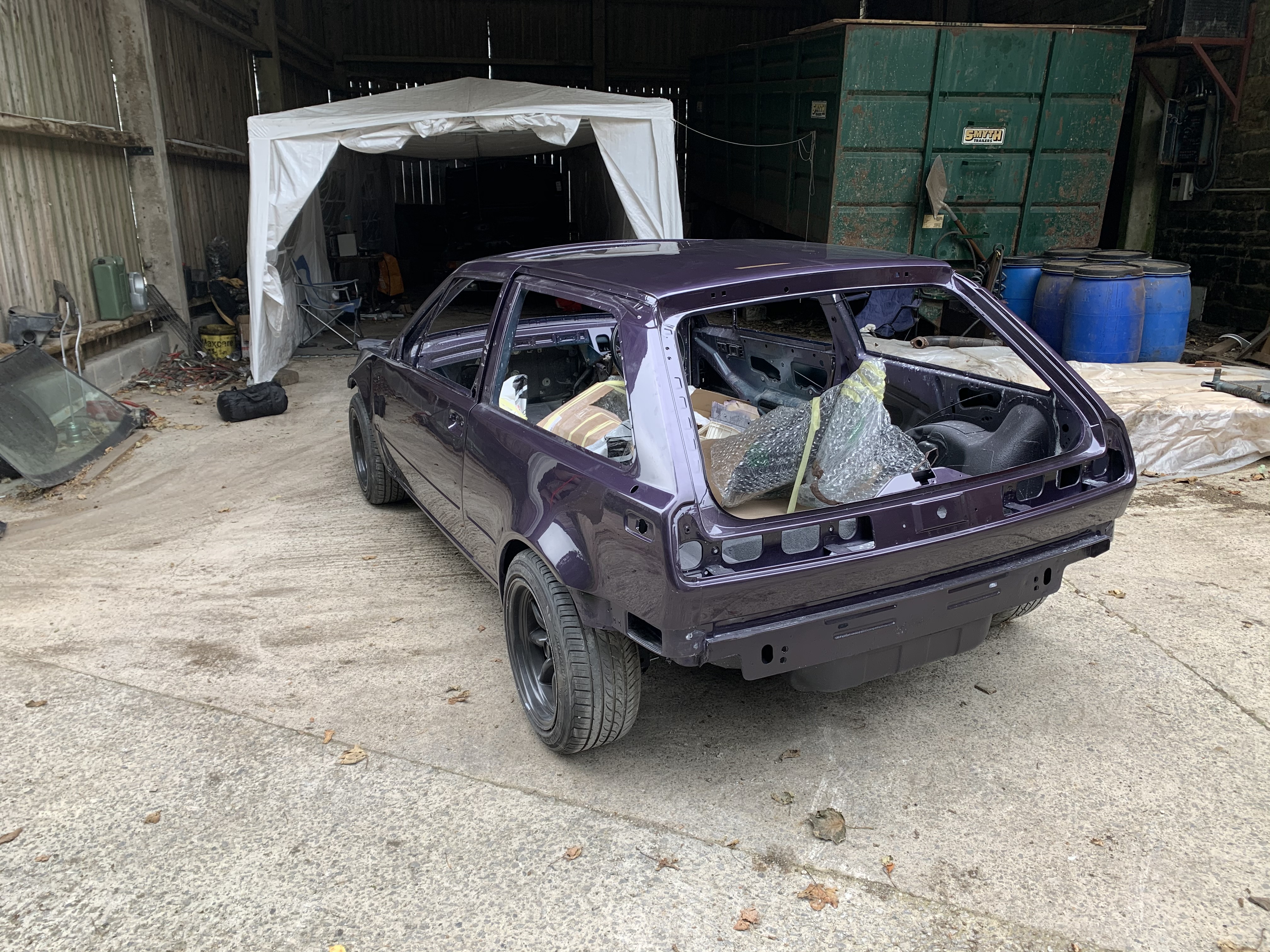 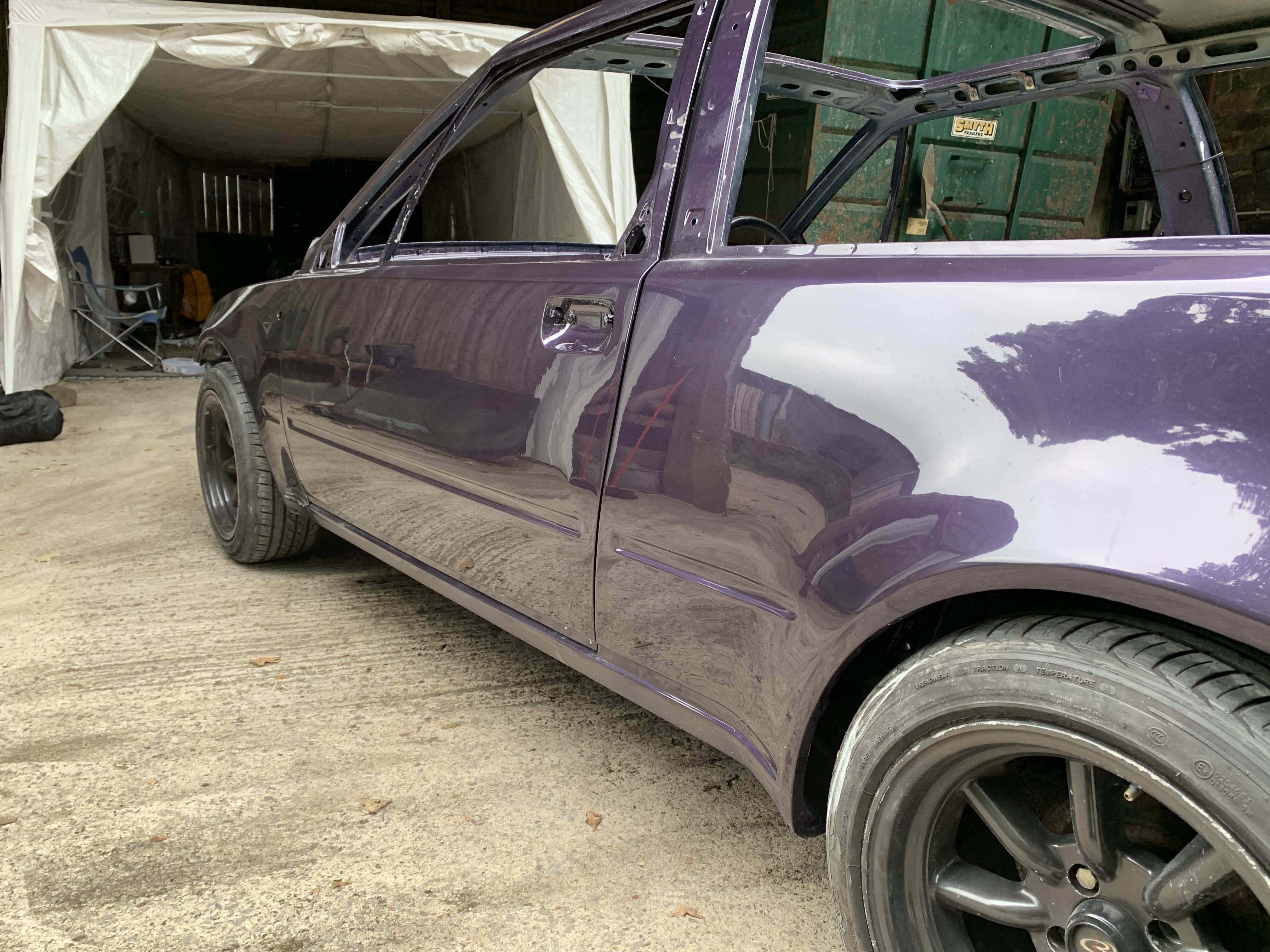 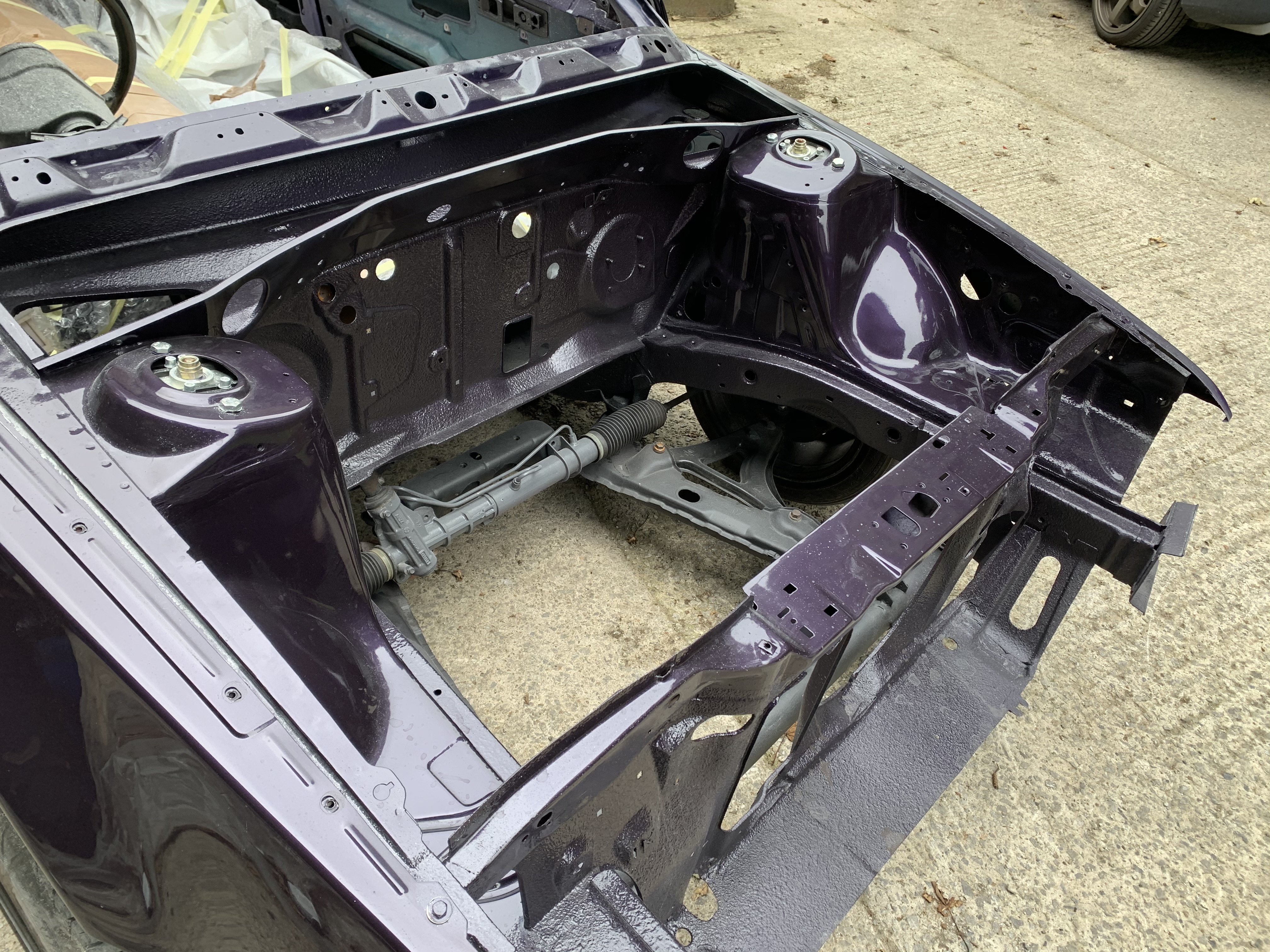 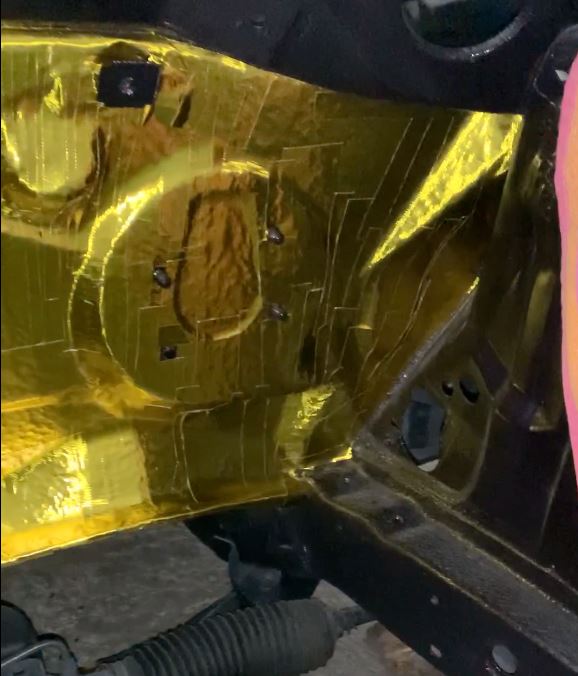 Cannot WAIT to see this come together.... That colour....

So onto the sound/ thermal insulation of the build.

Ive done a lot of research into materials and weights etc, pro's and con's of all. And i've settled with some "Noico 80 MIL" which is a 2mm foil and butyl rubber material.

So i first started off with a £50 pack which covers 36 Sqft.But later had to buy another 18sqft to cover roof and rear. Its really easy to work with and makes the car have a nice "bank vault" nice satisfying thud to to the metal when knocked upon. Cancels out the vibrations very well.

This material sticks very well to the harsh and very durable finish that raptor bedliner leaves that i used for both the underseal and interior. 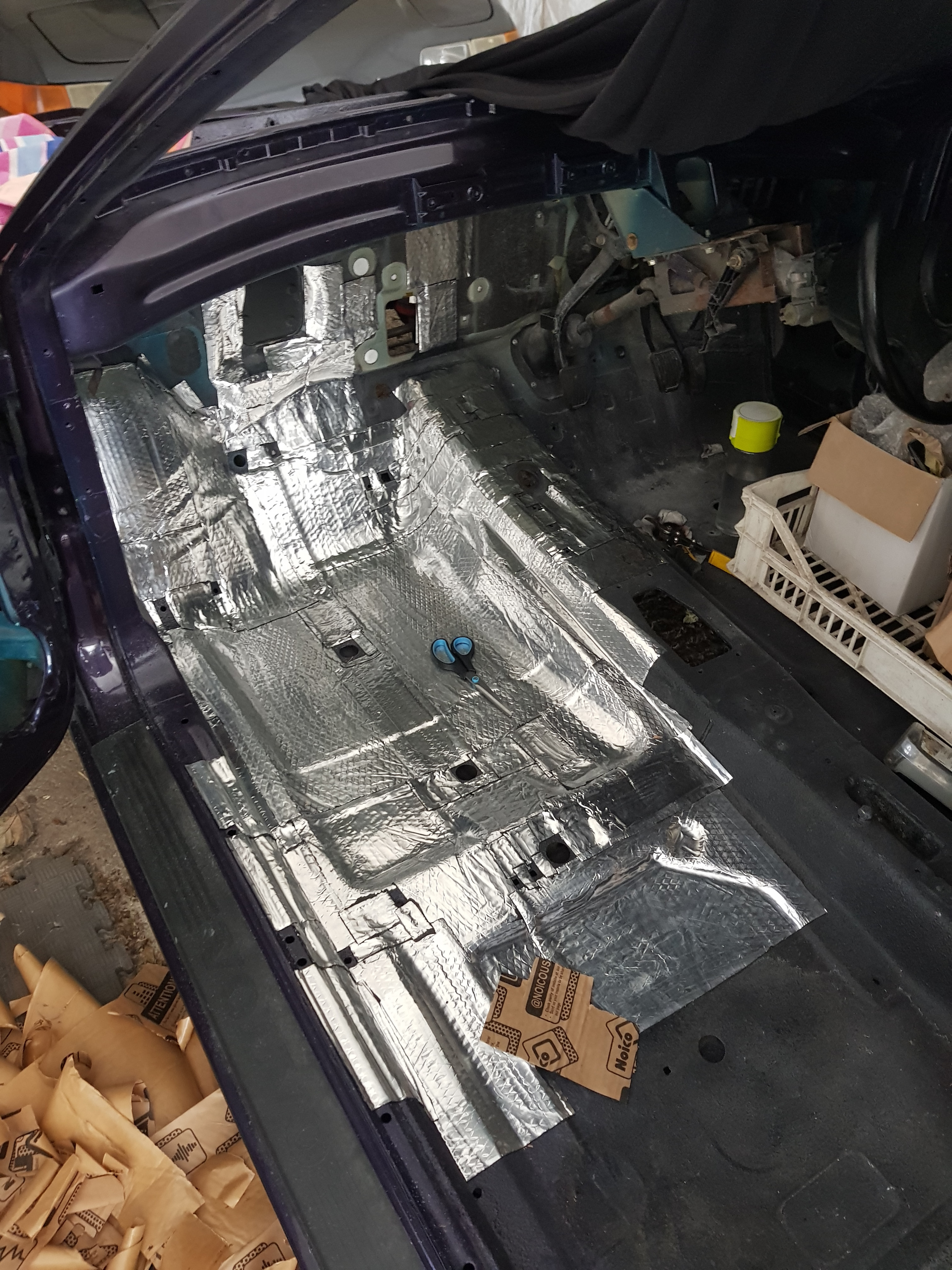 36 sqft is 14kg, so id say overall 20 ish kg in sound insulation which is if not lighter than the original yet covers 95 percent of the interior, and inside doors etc, this with also for good audio when the 15cm S60 premium speakers will be fitted. This should be good for both keeping hot temps out in the summer and warmth in the winter (not that ill be driving in winter) but you get the point.

Cut it out with some hardy scissors or tin snips and use the roller to massage the diamond shapes on the foil so that its flat to see its been stuck down properly... done!
Will probably double up on the foot wells since the downpipe is in a different place then stock and gets close to the firewall 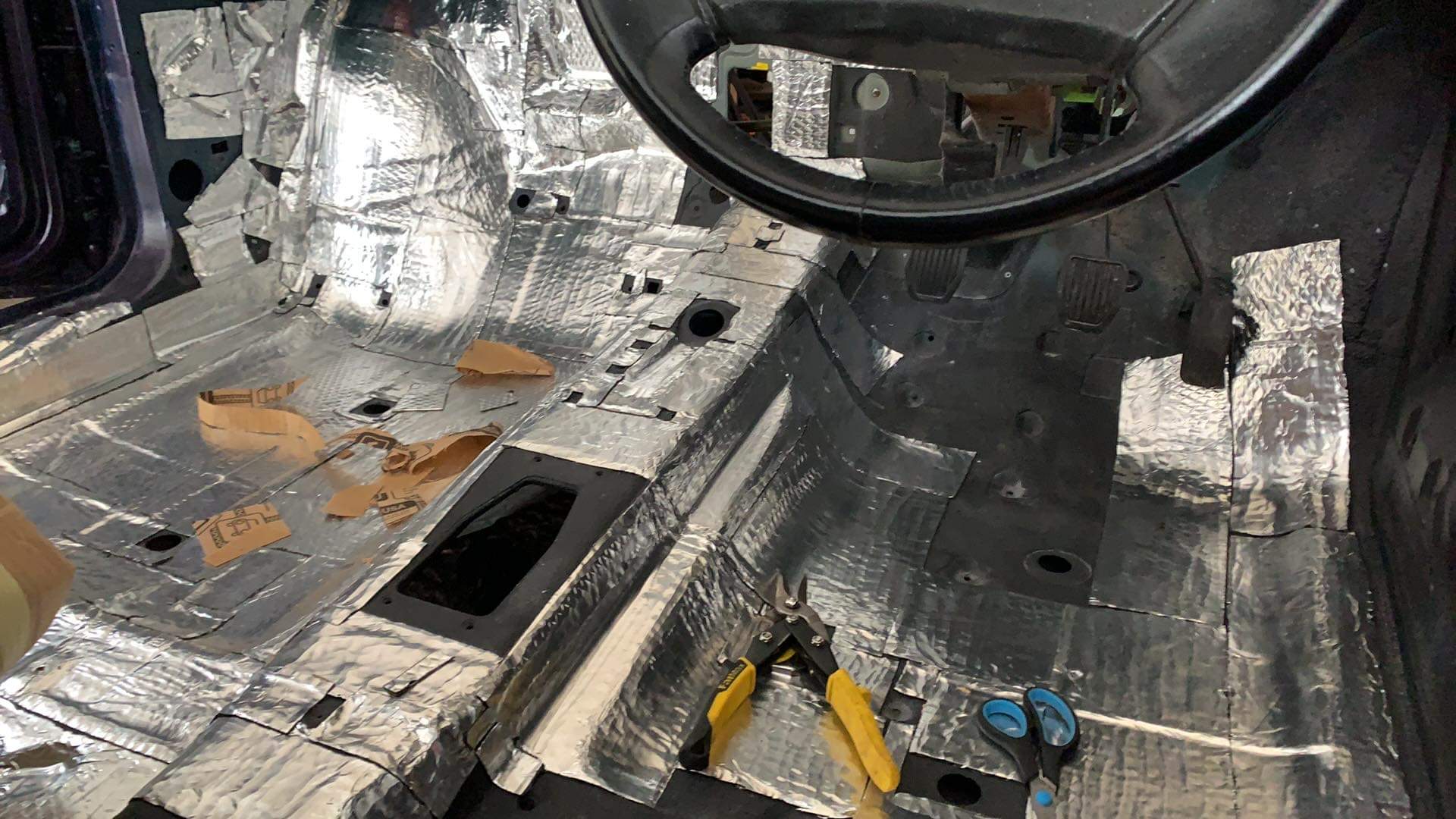 Putting things back together and ive no idea where anything is... LABLE THINGS PEOPLE IF YOU PLAN A FULL STRIP DOWN.
Unless you already do... then im just an idiot.

Just had a brand new windscreen installed so dash can go back in now. 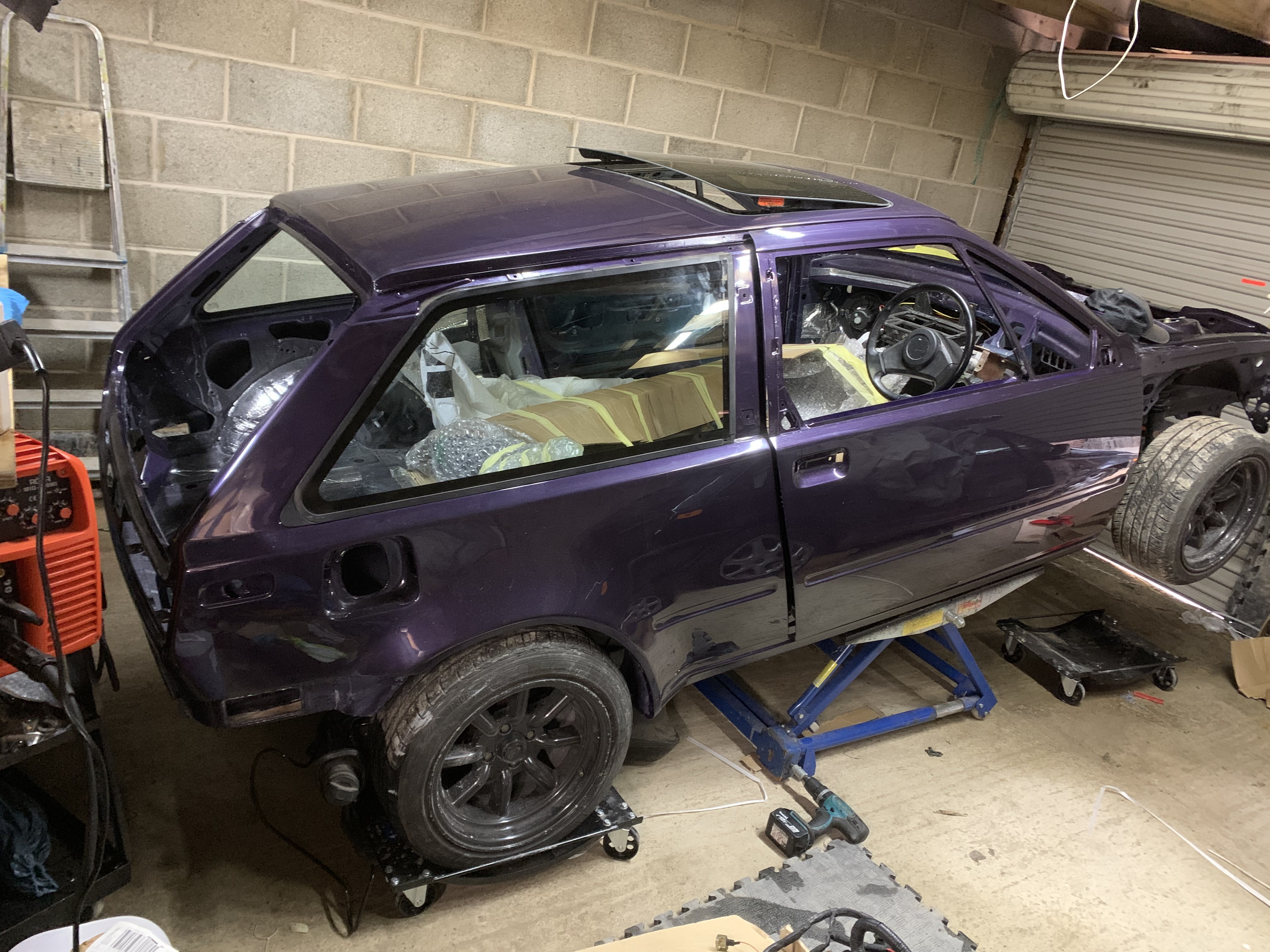 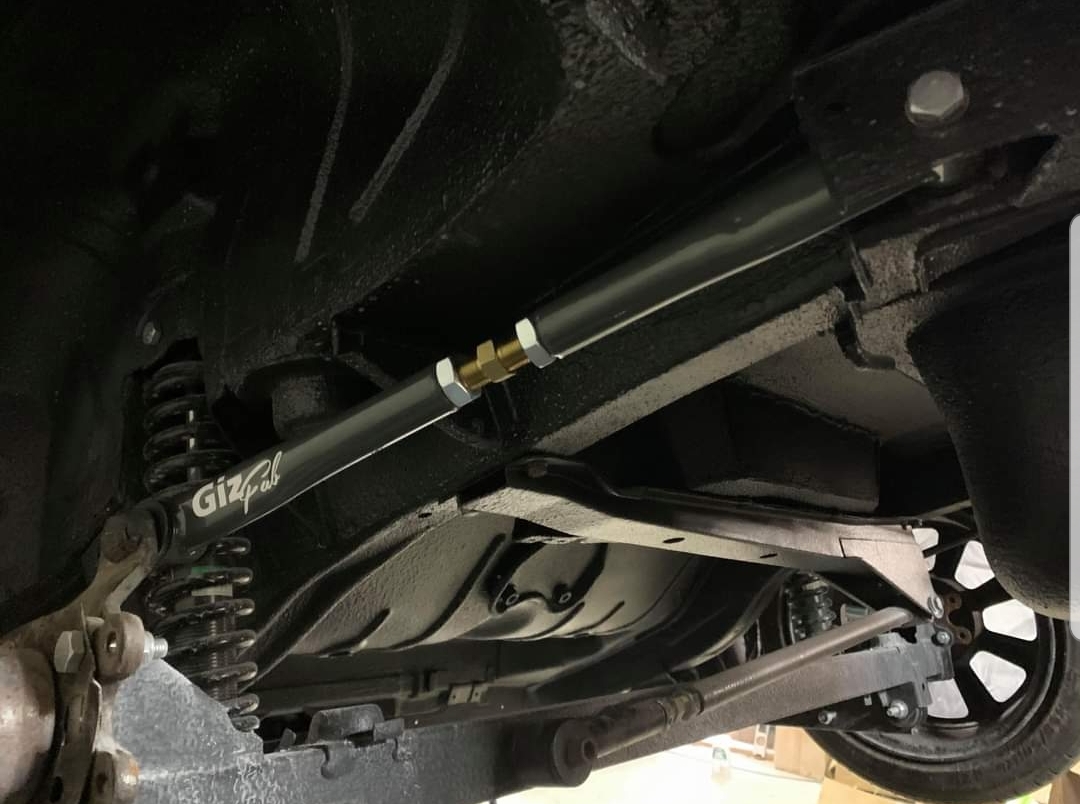 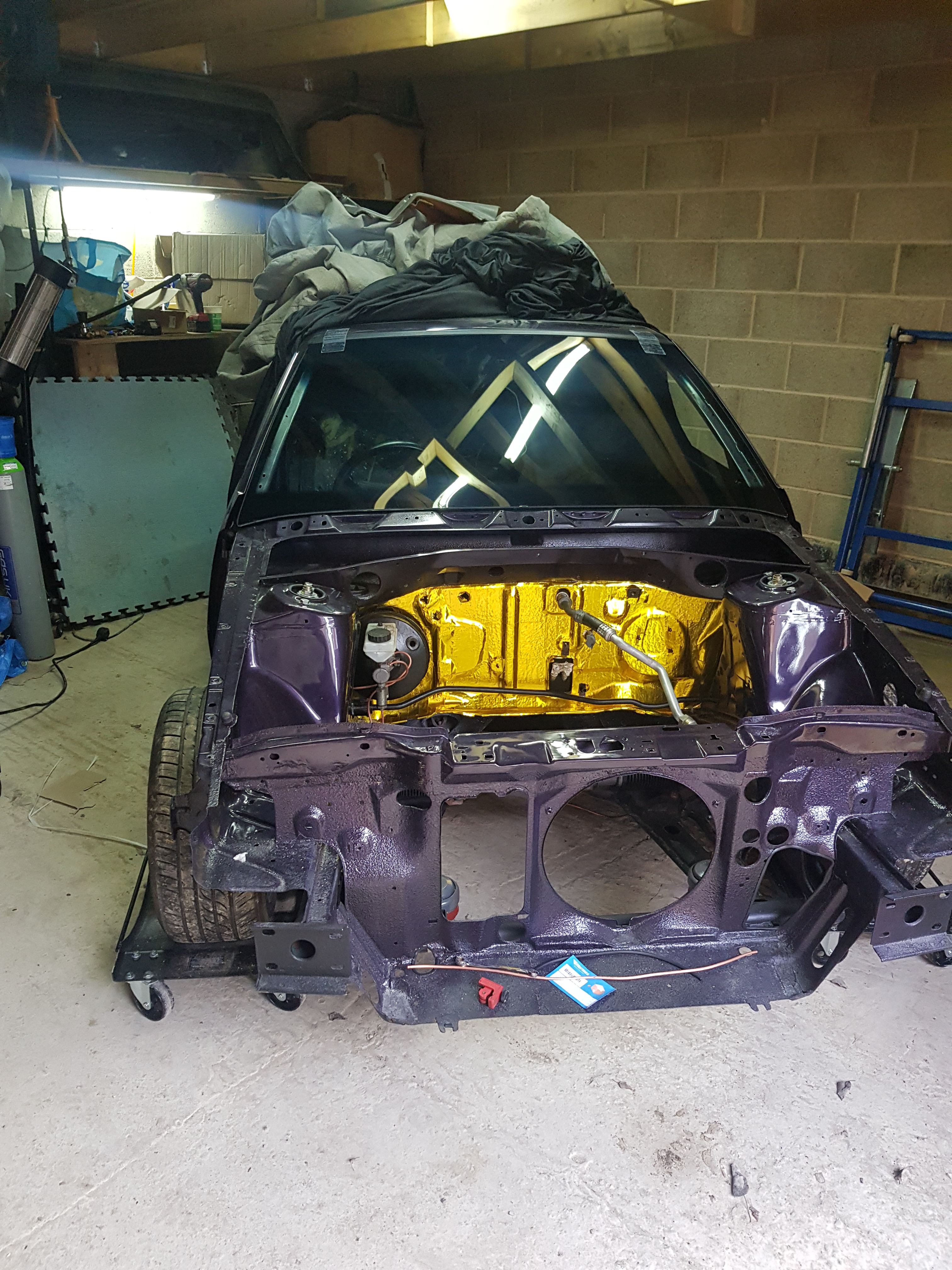 I am very curious about the total part cost incurred (not counting labour) and the final result on a rolling road or track!

Good to see the adjustable torque rods for the first time. They are quite beefy in comparison to OE!

I need to pull my finger out and order a windscreen because at this rate, there'll be none left!