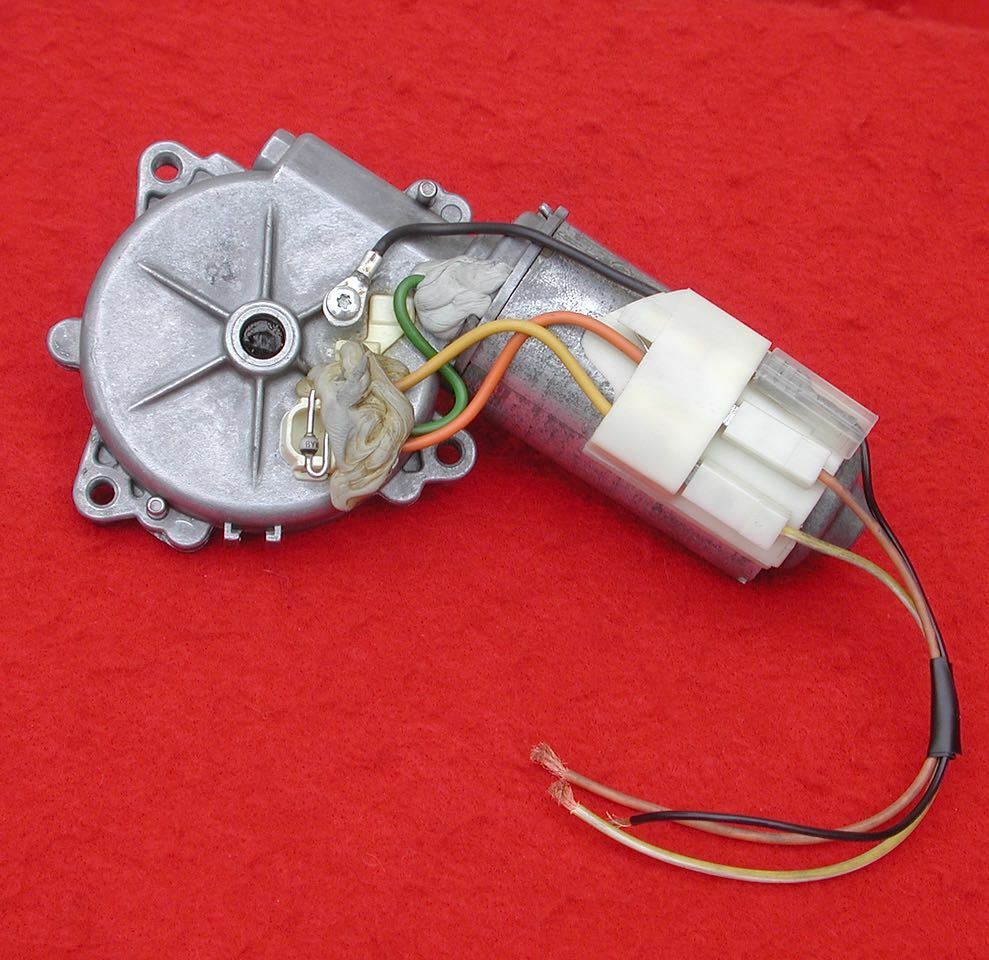 Look familiar? Mechanically it looks identical and presumably it works on the same principle internally since the wiper goes back and forth in the same way, but the pinout is somewhat different so some R&D might be required, equally might turn out to be a dead end. Also no manual winding knob so less ideal for pop-ups, but might be a source of parts to rebuild our motors in the future purely based on the assumption that there will be more of these around in the wild (at least in the UK).

Well, it looks interesting, and maybe it fits without much trouble, but it will definitely not work the way you want a popup motor to work, because there is only one resting position for wipers and a popup headlight needs two positions. In other words, the popup headlight will open... and close right away!

What could work, is taking the large nylon cog from the rear wiper mechanism and transplant that in a popup motor (assuming they have the same size), and of course, the motor itself. But it does lack an "up" position, it is intended to make a sweep across the rear window and return to the resting position.
Robert.