And guess what? Because they didn't have it serviced by their main stealer, their anti-corrosion warranty is null and void.
Top

I doubt that. Long gone are the days of being ripped off by main stealers. As long as the service is done in accordance with the service manual your car can be serviced anywhere.

Am I missing something?
1993 Turbo auto called Skip for the important stuff
2011 Juke 190 for everything else
Top

For corrosion warranties, the dealer has to inspect your car and you have to have any remedial work carried out. Many people overlook it.
Equally, mechanical warranties are only valid if you use genuine parts (and have to be able to prove it).

jifflemon wrote: ↑
Thu Mar 29, 2018 8:49 pm
For corrosion warranties, the dealer has to inspect your car and you have to have any remedial work carried out. Many people overlook it.
Equally, mechanical warranties are only valid if you use genuine parts (and have to be able to prove it).

yep a massive 'get out clause' but the corrosion warranty was only 3 or 5 years on the C30 and only for panels rusting from 'inside' or some other reason so really not worth it, as long as you washed car fairly regular under arches etc to keep muck down off

(although it's a Ford engine and there are Volvo & Ford part numbers on lots of the bits!!

yes too complex . . . . . keep it simple put battery onto SS1 last night, spun it over until petrol in carb and away it went after six months of standing , clutch wasn't even stuck this year!!

So, as I've alluded to in my upcoming "how to" post on brakes, I'm a big fan of doing stuff myself. I want it done right, especially when it comes to critical safety items like brakes.
I've fixed my own cars ever since my first experience with a garage saw trading standards getting involved and the garage mysteriously vanishing overnight, never to be found again.
I've seen behind the scenes of the motor trade way too much to be able to trust them - The few I do are typically already on my friends list!

So, let me present exhibit A: 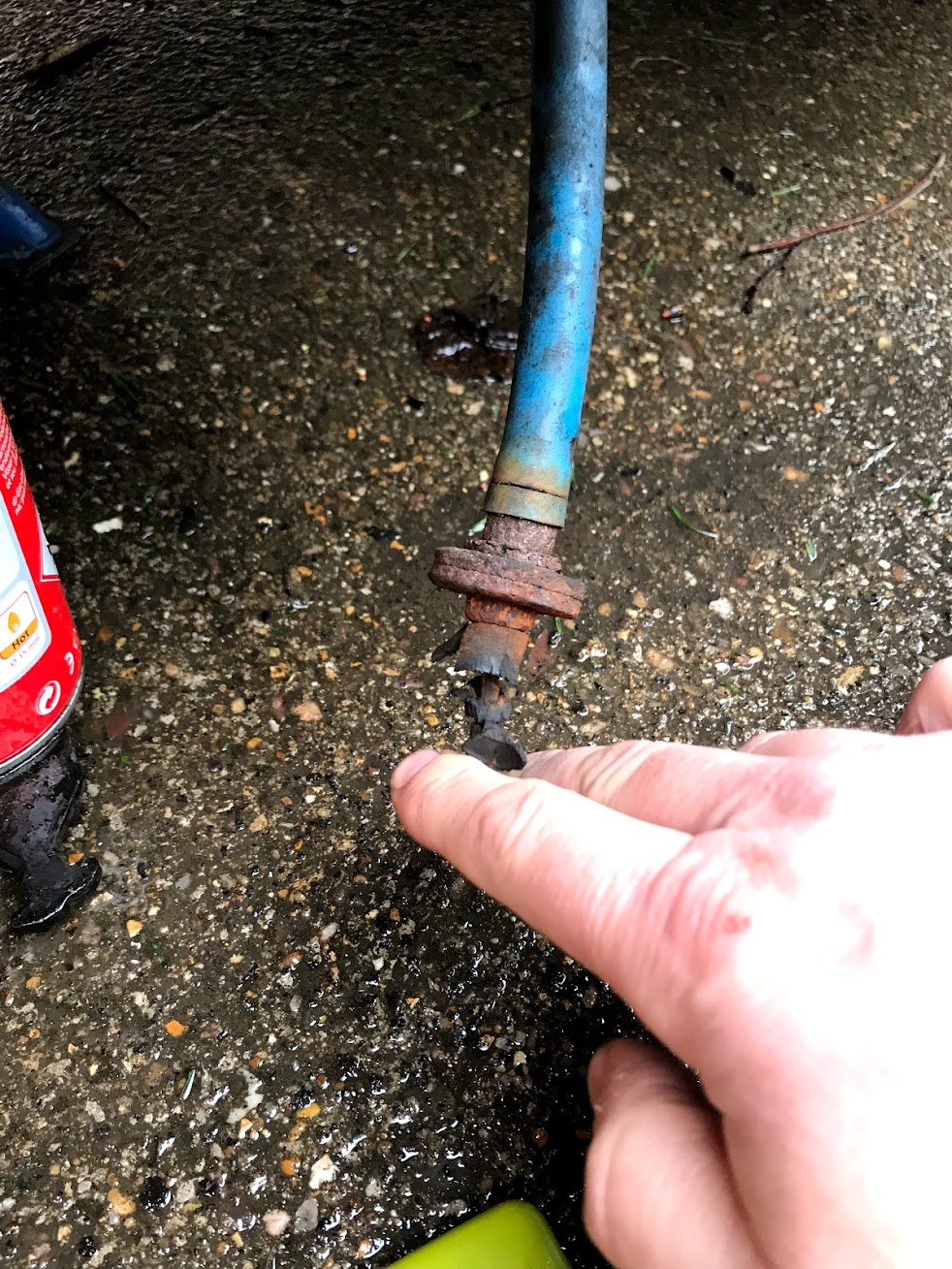 What you're looking at is two washers, spacing out the handbrake cable.

Going through the cars history, it's been looked after for a long time, by an "independant volvo specialist" (who's going to remain nameless).

I can see it failed it's mot back in 2014 for "no reserve travel" on the handbrake. It also around this same time, had a replacement caliper. Clearly when this didn't fix the problem, this was the "fix" that appeared. The reserve travel is then mentioned as a advisory on the subsequent passes.

Now, I'm sure to some people, that doesn't matter - It allowed the car to pass the MOT and so what? But to others (like me!) - its horrifying! I can understand it if we couldn't get parts, but all braking components are one day away from being available. (Go on, ask me how I know!)

Not only that, but you'd expect a "specialist" would understand HOW to correctly adjust the 480's handbrake! (hint - its not done on the cable!)

Do it once, do it right. So, new pads, new discs, new carriers and cables.

Total cost of parts - Less than they charged the customer for 1 "Reconditioned" caliper. (Apparently a quick lick of gold paint passes as reconditioning these days)

Satisfaction from knowing the job's been done properly? Priceless.
Top

You are in Comptent of the Court, Sir!

Exhibit A has yet to be shown to the jury.
1993 Turbo auto called Skip for the important stuff
2011 Juke 190 for everything else
Top

I could also add to the evidence pile, that on the side the "specialists" replaced the caliper and handbrake cable, the caliper carriers were done up so tightly, that I've managed to bend my extra long 1/2 breaker bar and lifted the car OFF the axle stand whilst trying to undo them.

Resorted to a blow torch in the end, and even then, they went with one hell of a bang!

If you need a 17mm spanner you know where to ask

jifflemon wrote: ↑
Thu Mar 29, 2018 2:41 pm
The test took a little longer than normal, because all 3 testers stopped and marveled at how rust free she is. The 14 plate car that was tested before mine failed on potentially terminal rot. The testers could believe this 25 year old Volvo doesn't have a spot of rot

Check out this video:
https://youtu.be/OqFEQgTS_4w?t=3m39s
It's in Dutch, what it shows is a 2010 Volvo XC60 2.4D with almost 600,000 kms on the clock. Well maintained by the Volvo dealer. The engine and automatic gearbox are fine, the car drives well, but the body rot is really starting to take its toll. "Unfortunately, this car isn't designed to last 20 years, that has become clear to me" is what the technician says.
Robert.

So, as part of the MOT work, I got an advisory that the front tyres were starting to crack with age. So 4 shiney new tyres meant I had the opportunity to clean the wheels!

Yes, I gave them a good going over a year ago, but lets have a look at a years work (and <1000 miles) of dirt and the occasional "quick wash" 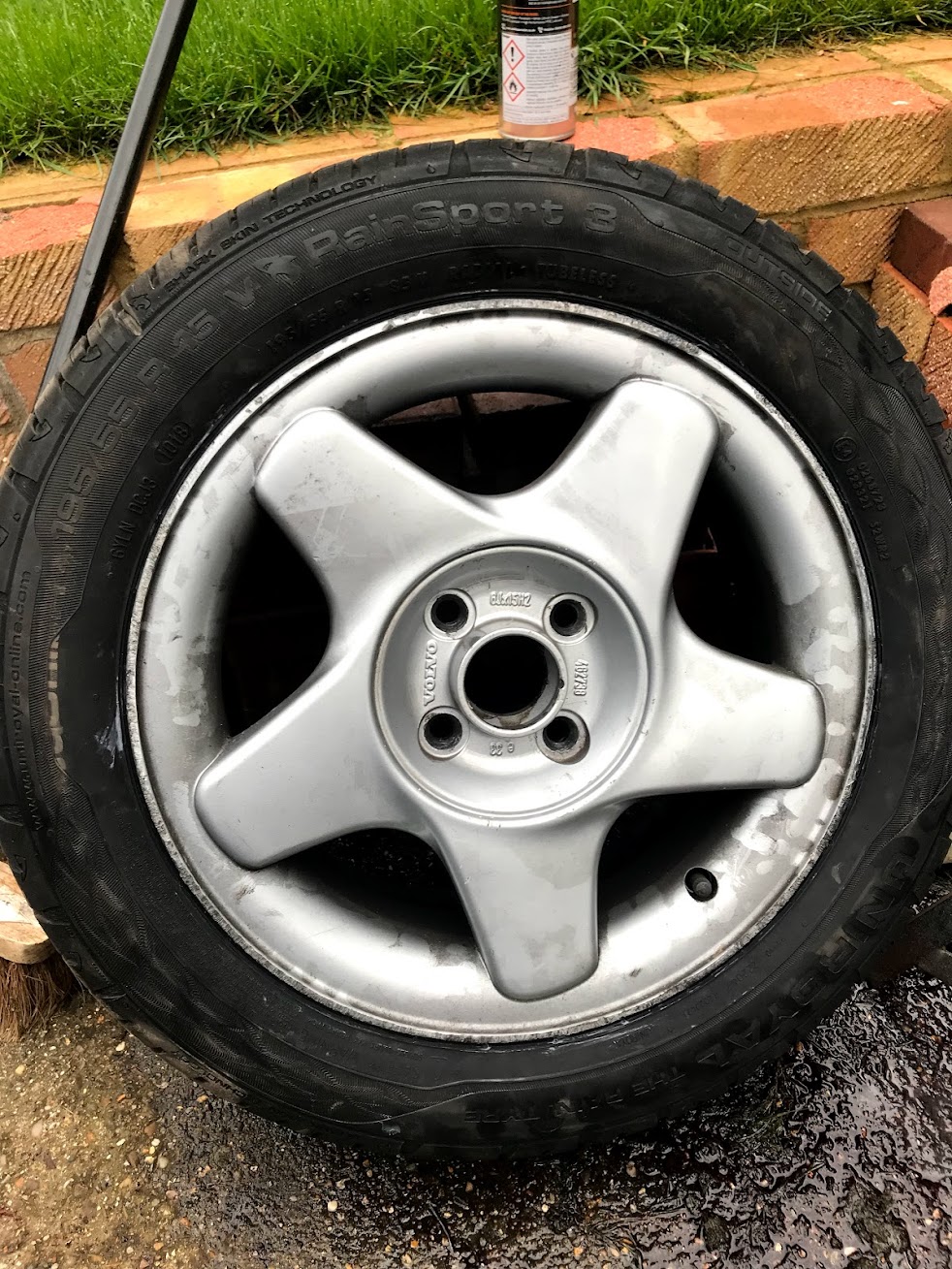 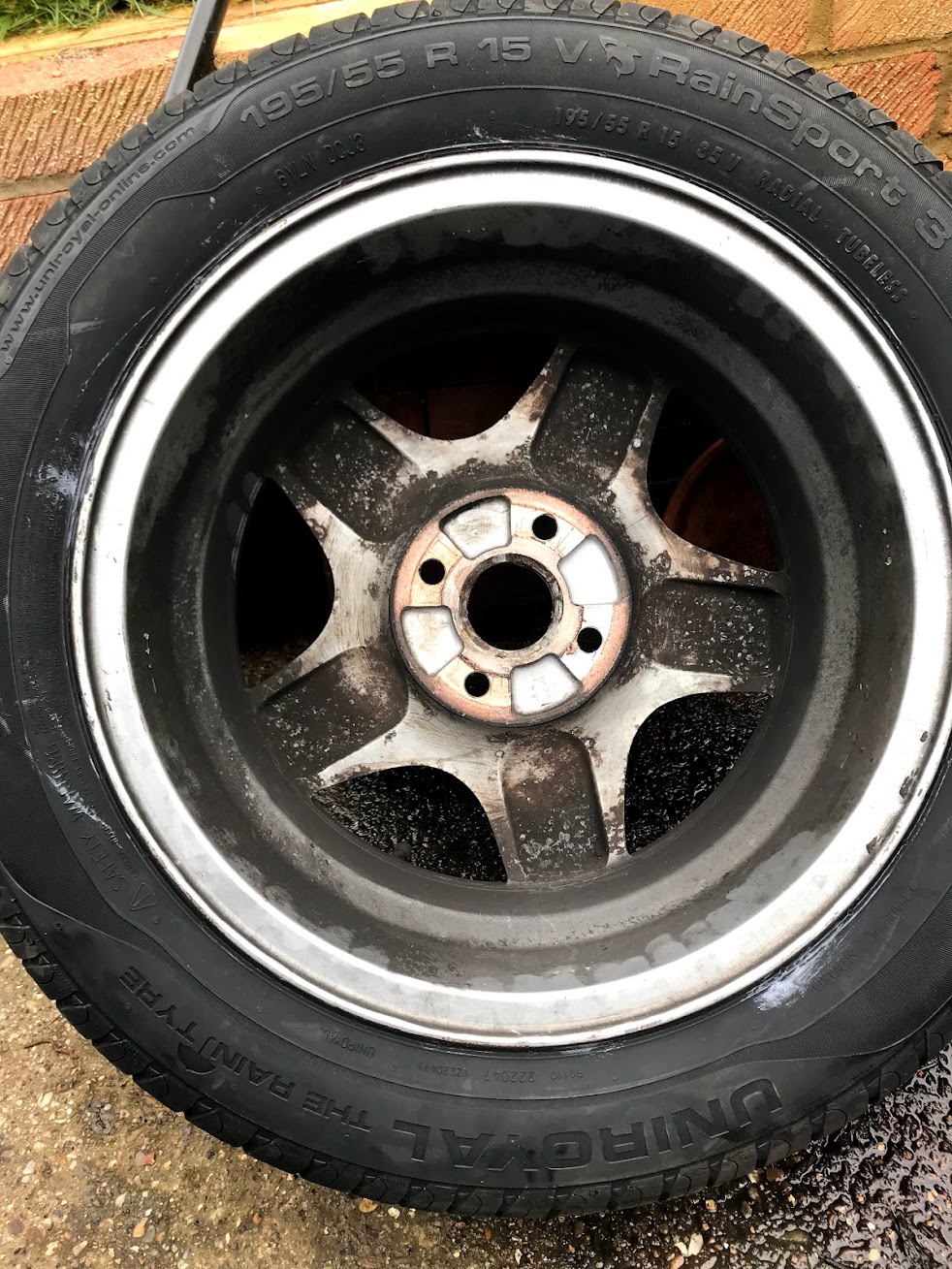 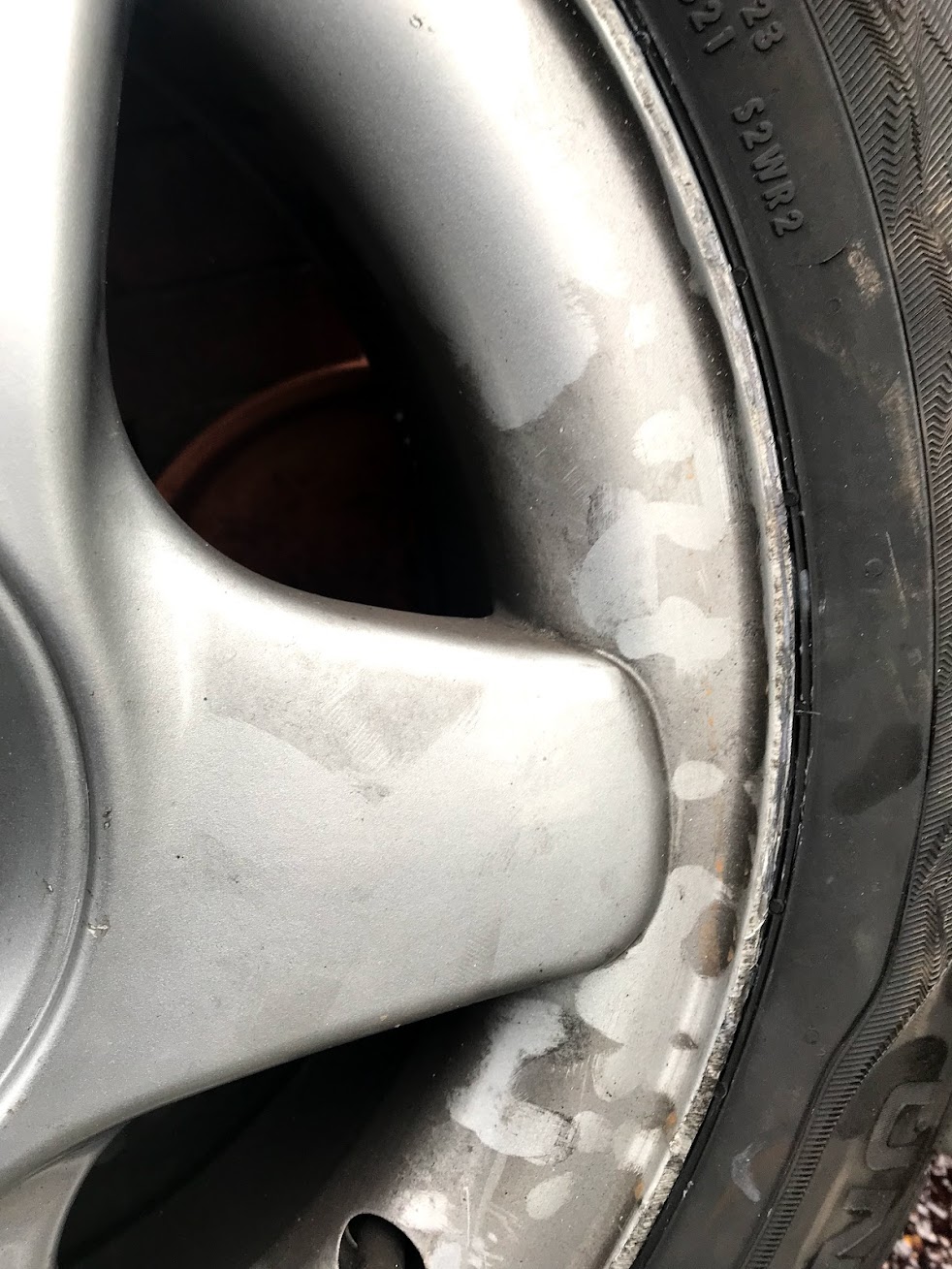 Obviously they need a proper refurb due to kerbing, but for now.... 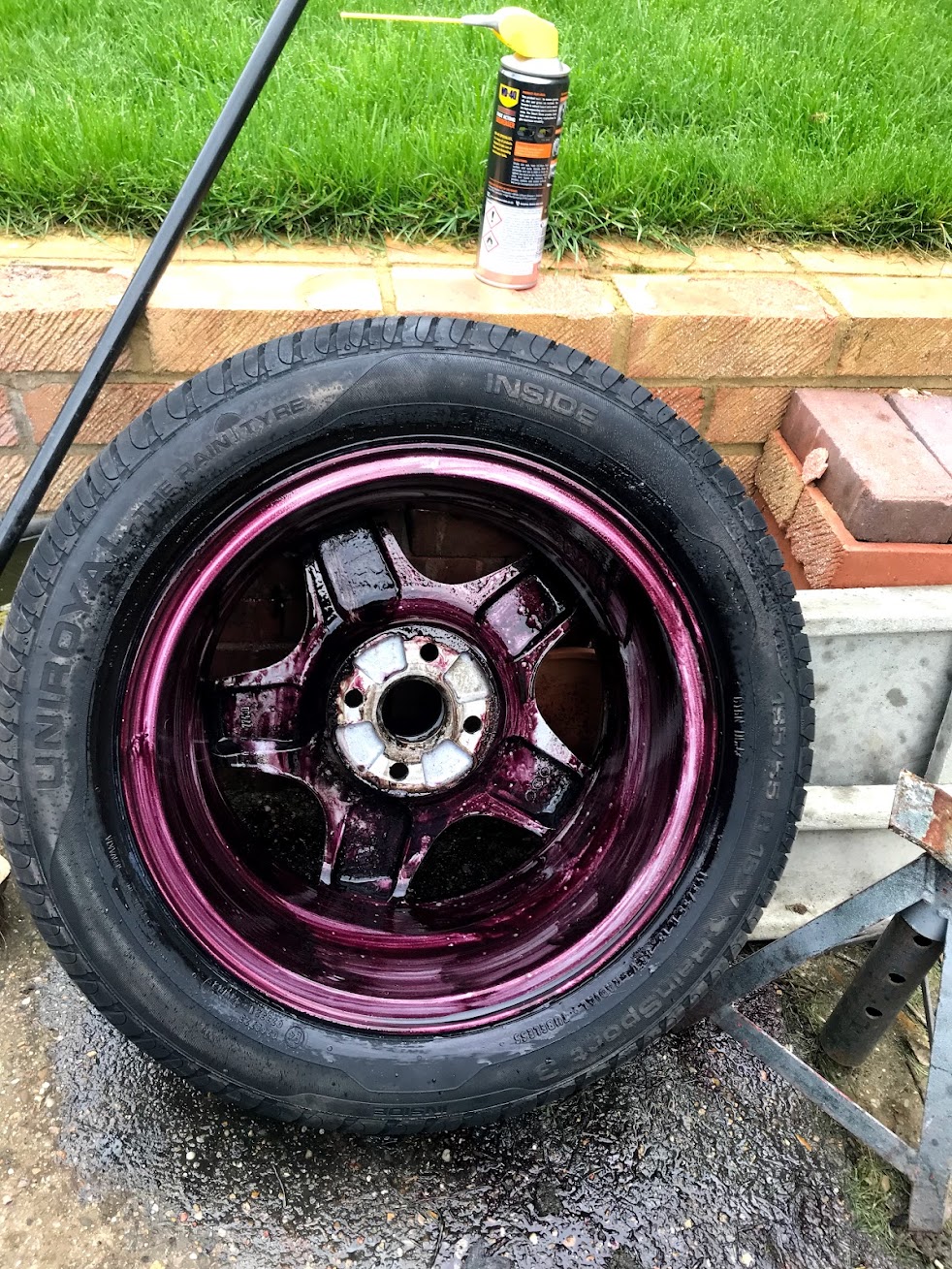 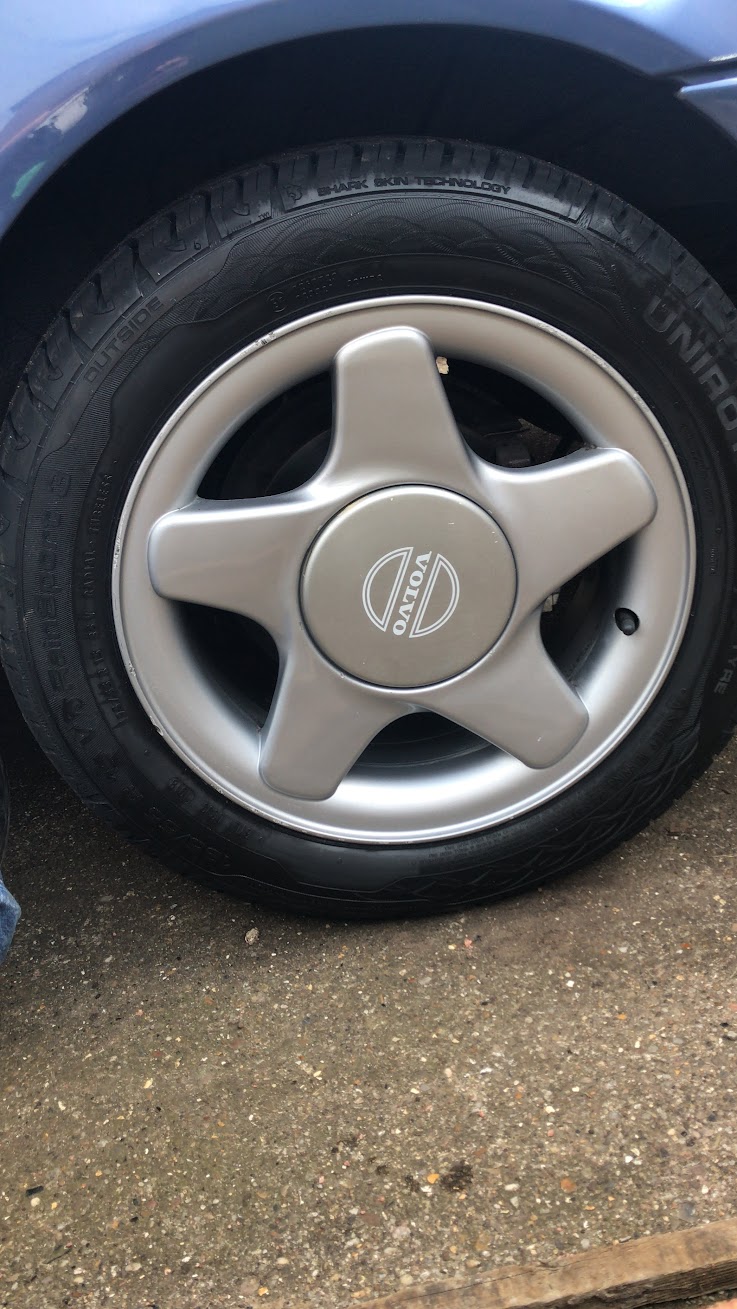 Did you get a good deal on the tyres?
1993 Turbo auto called Skip for the important stuff
2011 Juke 190 for everything else
Top

I like a decent tyre and these have been great on the big volvo, so figured I'd try them on the little volvo.

They look a bit confusing, as they're asymmetrical tyres, but it looks like the drivers side ones are on wrong. They're not - this article explains it all.
Top

Nice, let me know how they feel, I have 2 different tyres are the rear and this is not doing my OCD any good

I also use the uniroyals on all my cars and very happy with them.

Got a set for the 480 soon after purchase, I had 4 different models of yoko's in a lower profile and they were poor, uniroyals feel good rain or shine.
Top

So, a little teaser shot for you... 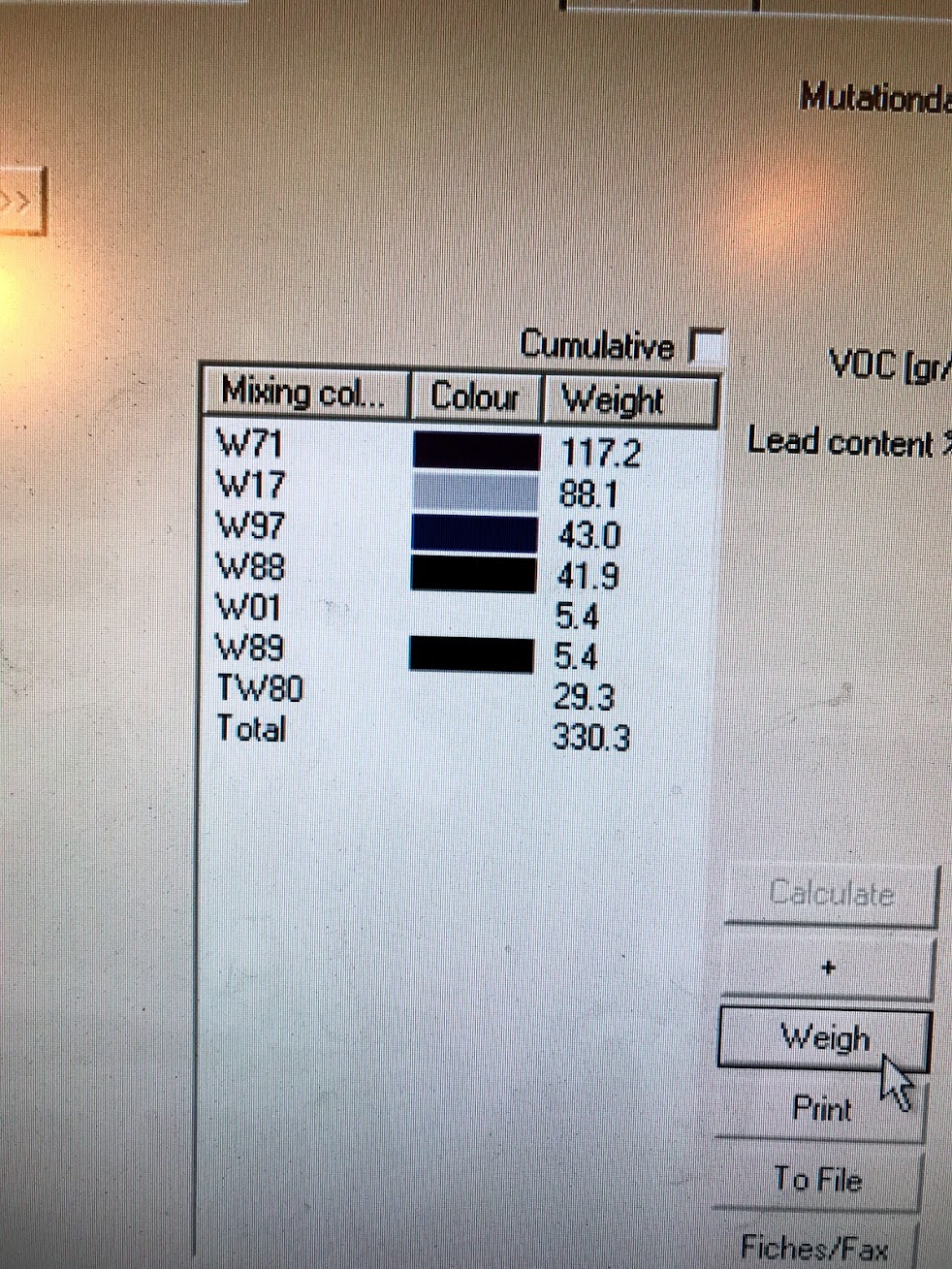 Have picked up the latest "must have" accessory.... 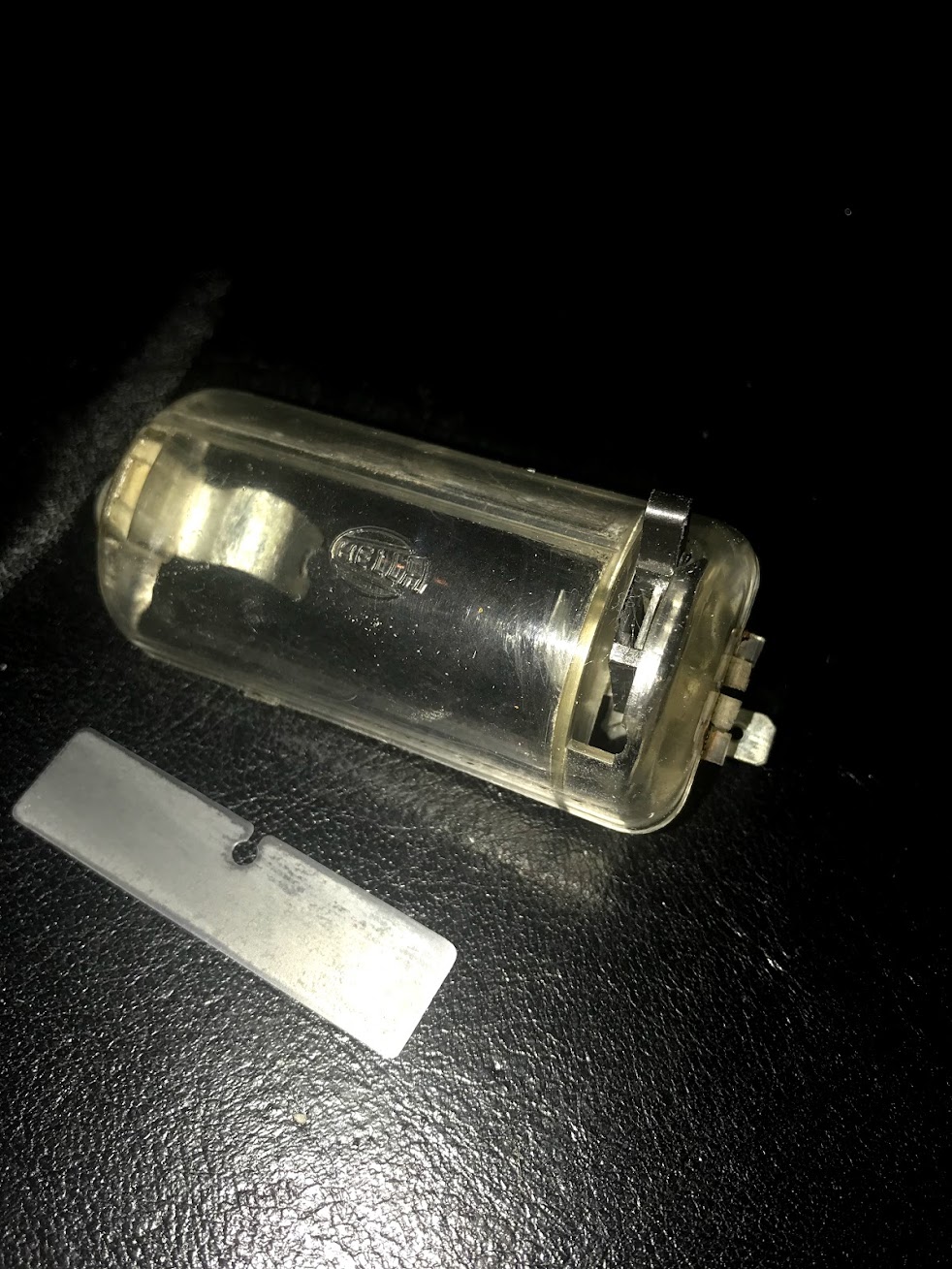 The was in filthy condition, and the reflector was rusty (hence it being removed) - it's now being polished with some 2000 grit wet'n'dry.
Top
Post Reply
216 posts