So it's been ages since I posted on this thread, partly because I have simply been driving Pud, rather than working on her.

In fact, I think the only restoration progress is that my headlamp cover repair failed, so I have now resprayed another headlamp cover and fitted it.

But work is now resuming - I have a replacement front bumper I have started prepping for painting; another rear bumper is in the pipeline so I can decide which will be easier to prep and paint, and - courtesy of Arthuy - a replacement driver's door may well be pending, because I have done as much as I can with straightening the existing damaged door and it is never going to fit flush.

So the other day, following a busy weekend at the Pamper Parlour, I took a couple of gratuitous shots, just to pose the question - why stop at one 480 when you can have two of them? 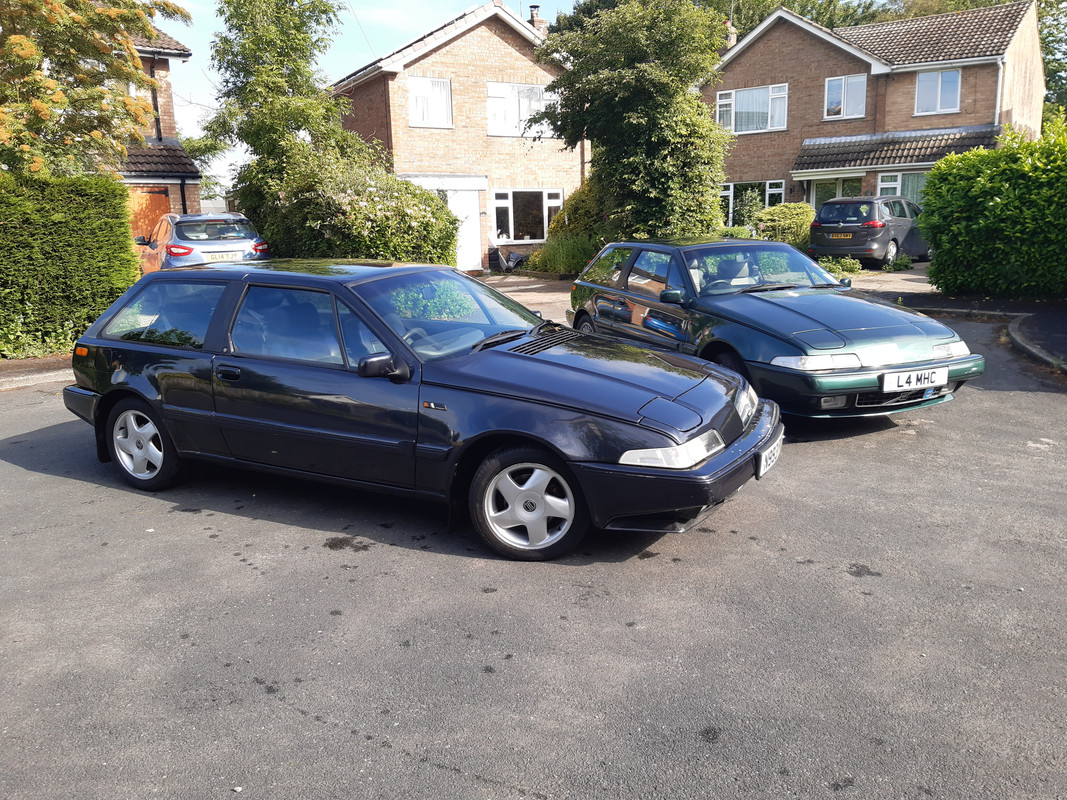 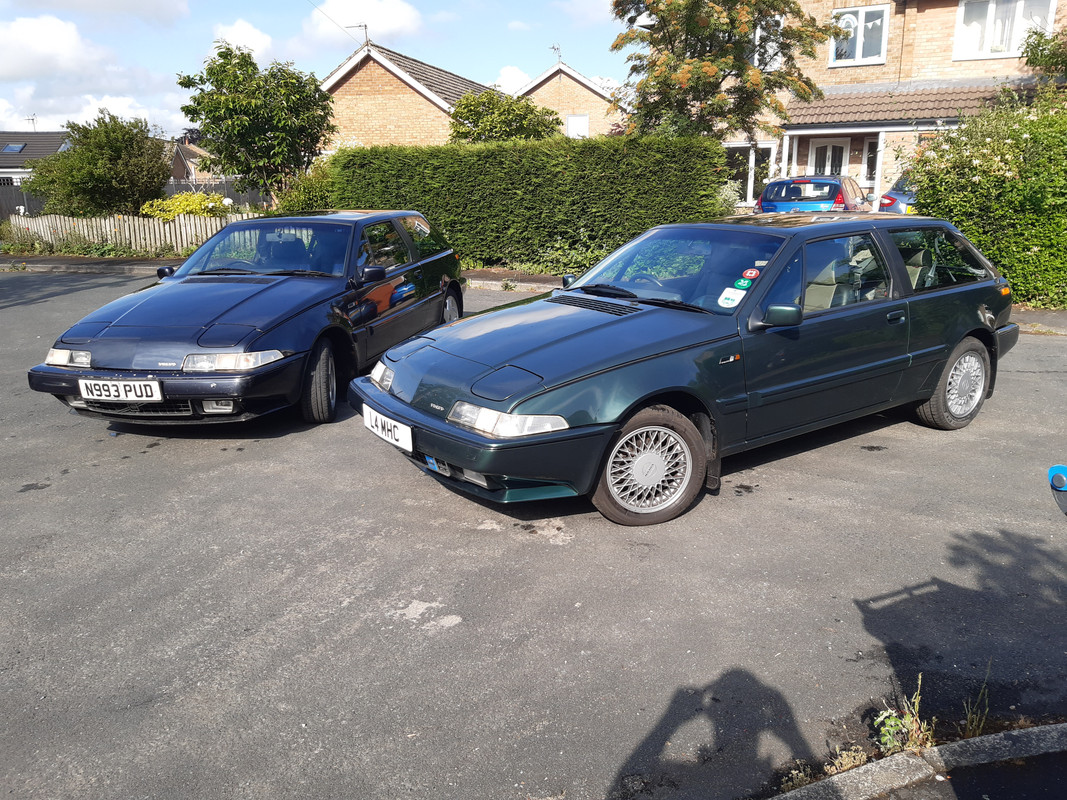 And I think my next job needs to be a replacement front number plate and get that mounting panel fitted squarely!!

Thanks Ben - they do work rather well, don't they? The more I see them, the more likely they are to stay, to be honest...

So...after 6 months it's time for an update on Pud.

"Arthuy" came good on the replacement driver's side door (thank you, Colin

) and after swapping over the relevant lock-related parts (because it was actually a LHD passenger door so contained a lock motor etc that a driver's door does not need) I fitted the door. A great improvement on the somewhat mangled original and - much to the relief of my OCD - it lines up now when shut.

Squared off the number plate plinth and treated Pud to a shiny new front number plate. Much better!

Not visible work as such, but I have carefully checked the underside (no rust to speak off, a couple of small surface patches just wire-brushed off and treated) before fully undersealing everywhere underneath - including those still perfect (and original) rear arches.

Although I have not yet got around to properly sorting the rear bumper, I gave it a general tidy up so that the damage to it no longer jumps out at you. In fact, from any distance at all it doesn't show.

Here are a couple of photos of how she stands as of the start of the new year - she wasn't specially cleaned or anything for these, they were just some quick shots of her as she was: 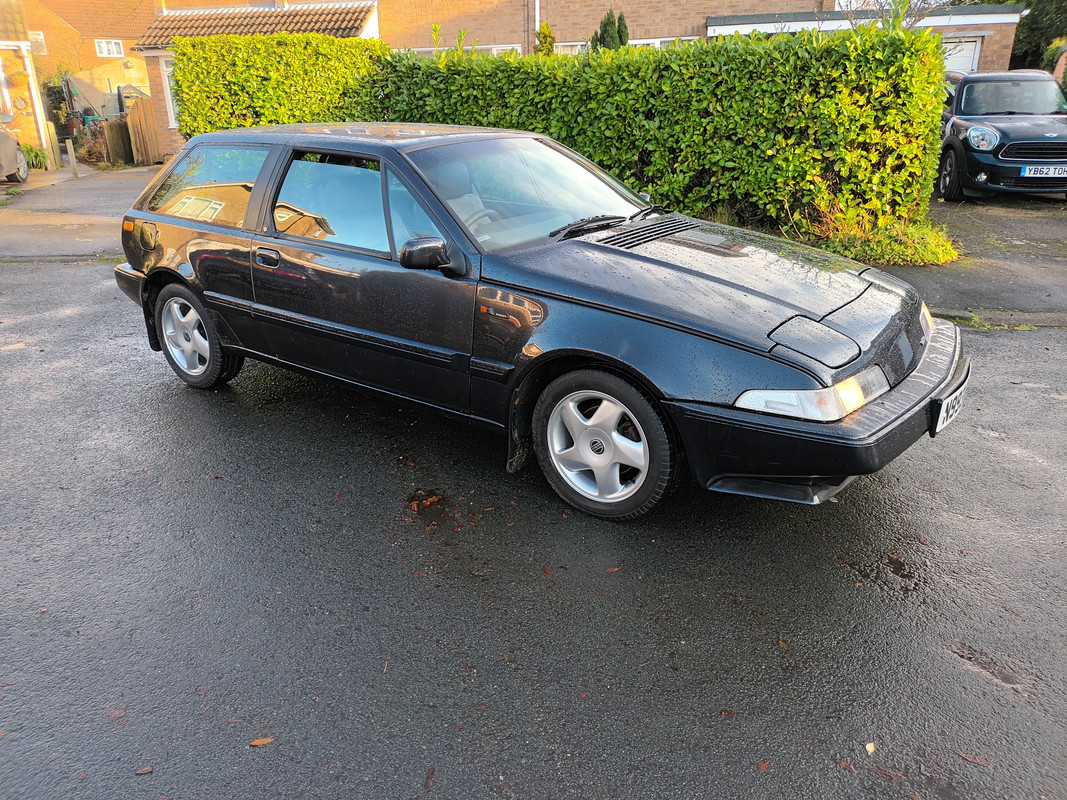 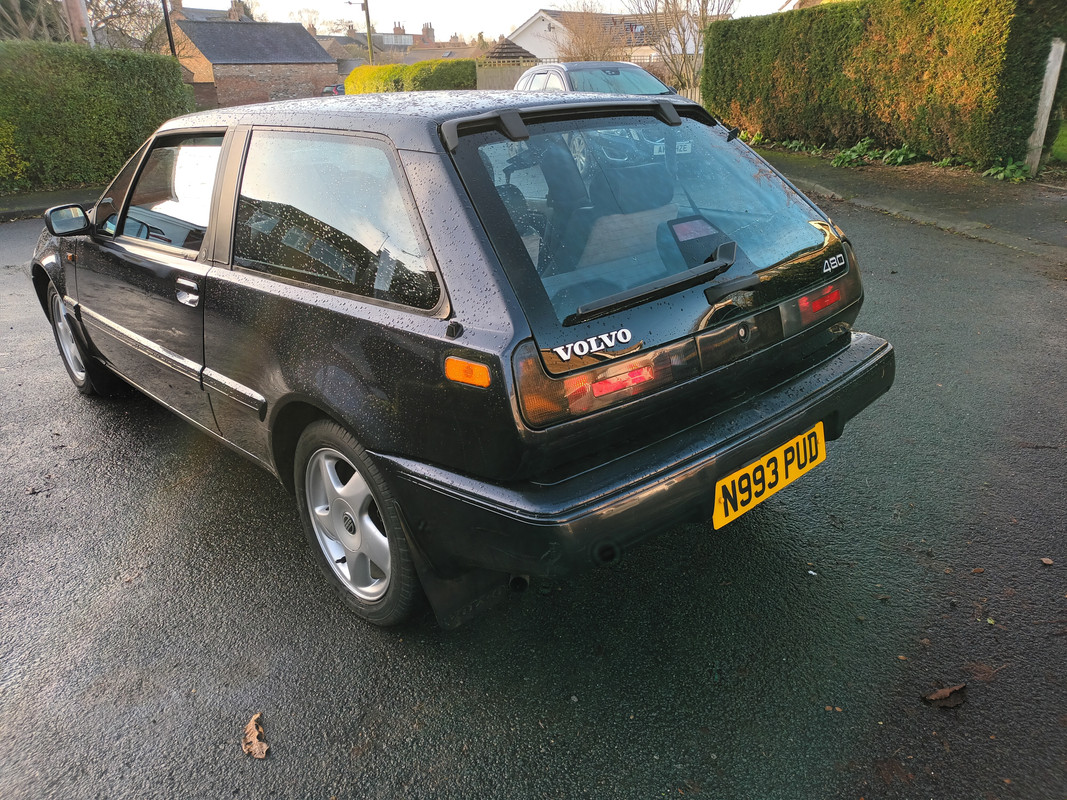 Oh yes, and in December she flew through her MOT with no advisories, so that's her road-legal for another year.

So why this update now?

Well, the time has come to consider moving Pud on to pastures new, to make room for another 480-related project. I will be putting her up for sale on here soon, with a proper advert and photos. If I still have her come the spring, I will sort the rear bumper properly, otherwise that will be the one remaining restoration task awaiting the new owner.

But to anyone out there looking for a pretty-much-fully-sorted 480 Celebration, with a clean MOT, perfect rear arches and only around 43,000 miles on the clock, you're more than welcome to contact me about her. I have not yet finally settled on a price but it will be my best stab at a proper valuation. In other words, she won't be the cheapest 480 for sale, but she won't be anywhere near as expensive as, say, the one highlighted by Ben today on here...

And just to prove the other angles look as good 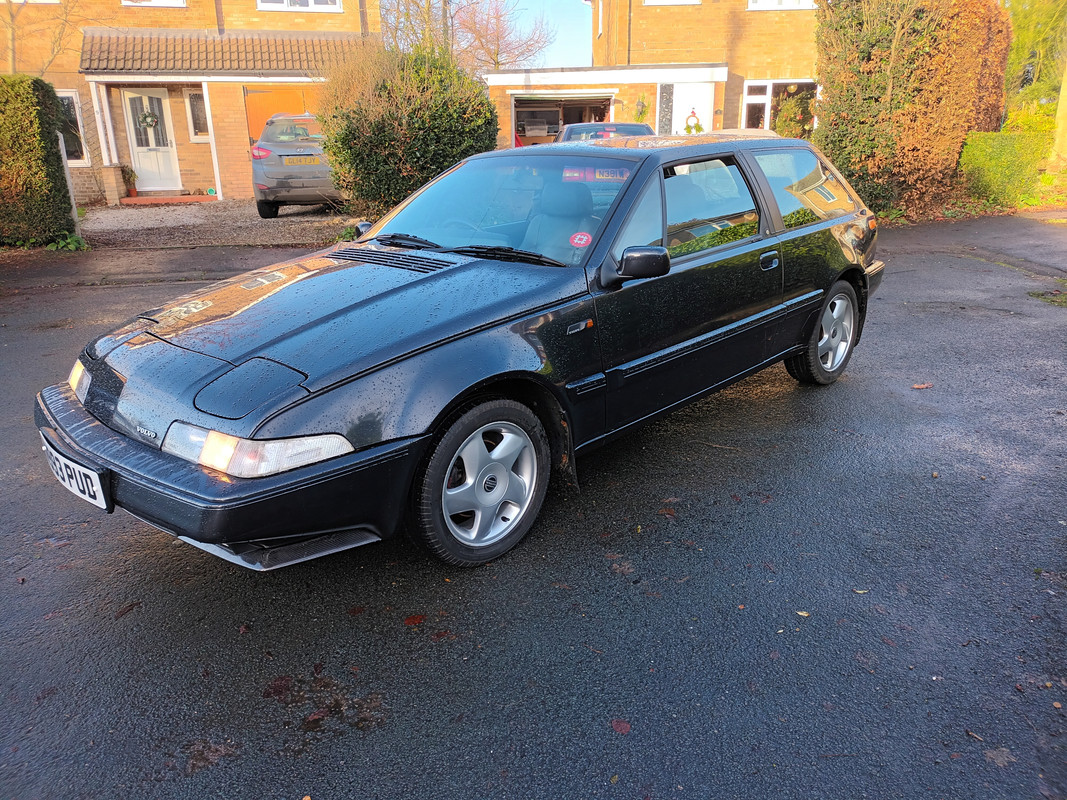 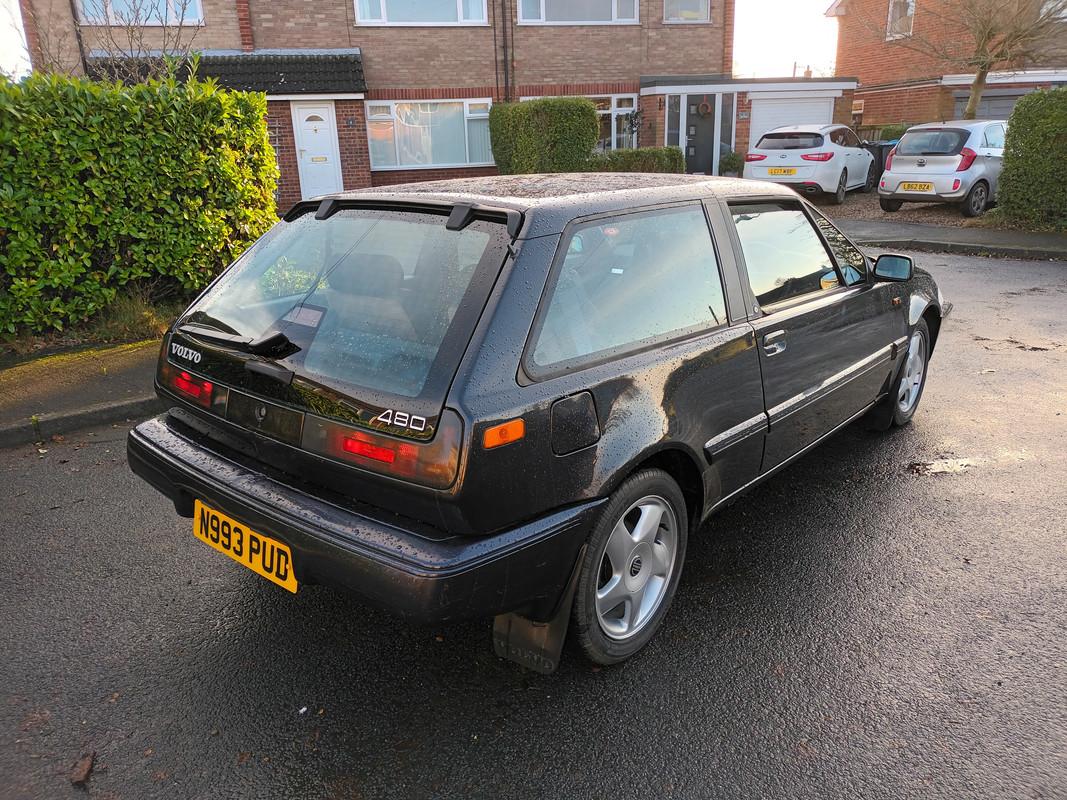 Just a little more info - Pud has a few extras I have fitted: she is sporting Canis wheels which I intend will stay with her, although the original Cetus could be re-fitted instead. She also has the full set of mudflaps, a set of auxiliary gauges fitted (fully working, I hasten to add) as well as the correct 6-disc cd changer to go with her standard fit head-unit, all of which will also be staying with her. On current plans, I will be keeping the original genuine fire-extinguisher, Volvo carpet mats and the cup-holder arm-rest...but who knows?