"On The Up", a BBC comedy that ran from 1990 to 1992 and starred Dennis Waterman, Sam Kelly ('Allo 'Allo) and Joan Sims (Carry On films). A light metallic coloured 480 is in the background of a scene in Series 3, Episode 4 (from the 19th October 1992 so IMDB tells me.) No sight of registration, this is the only shot of it below. 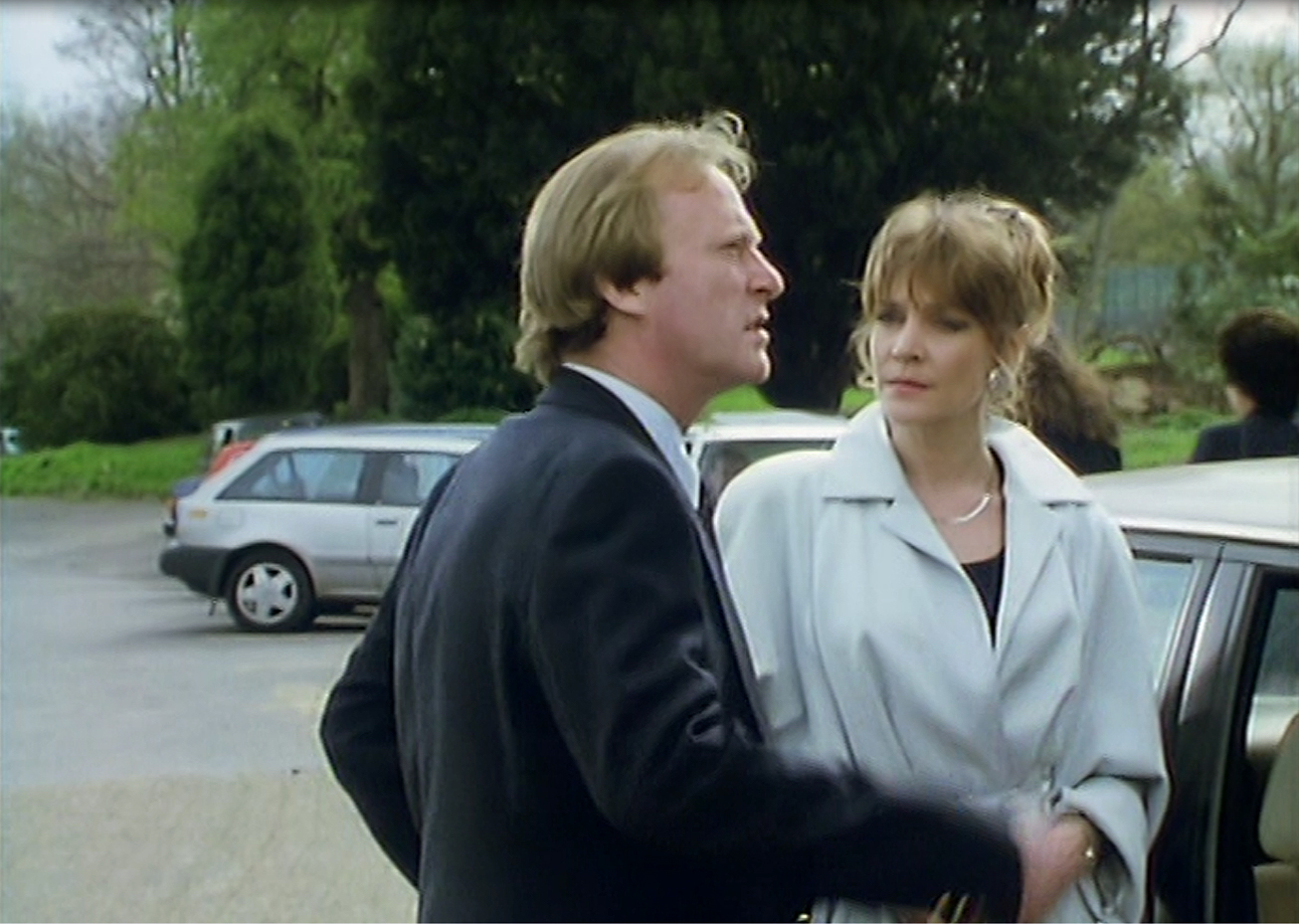 "Last Of The Summer Wine", Series 12, an episode 4 called "Walking Stiff Can Make You Famous" from 23rd September 1990. The rear end of a light metallic blue 480 can be seen briefly and only in this scene below, no sight of registration again. 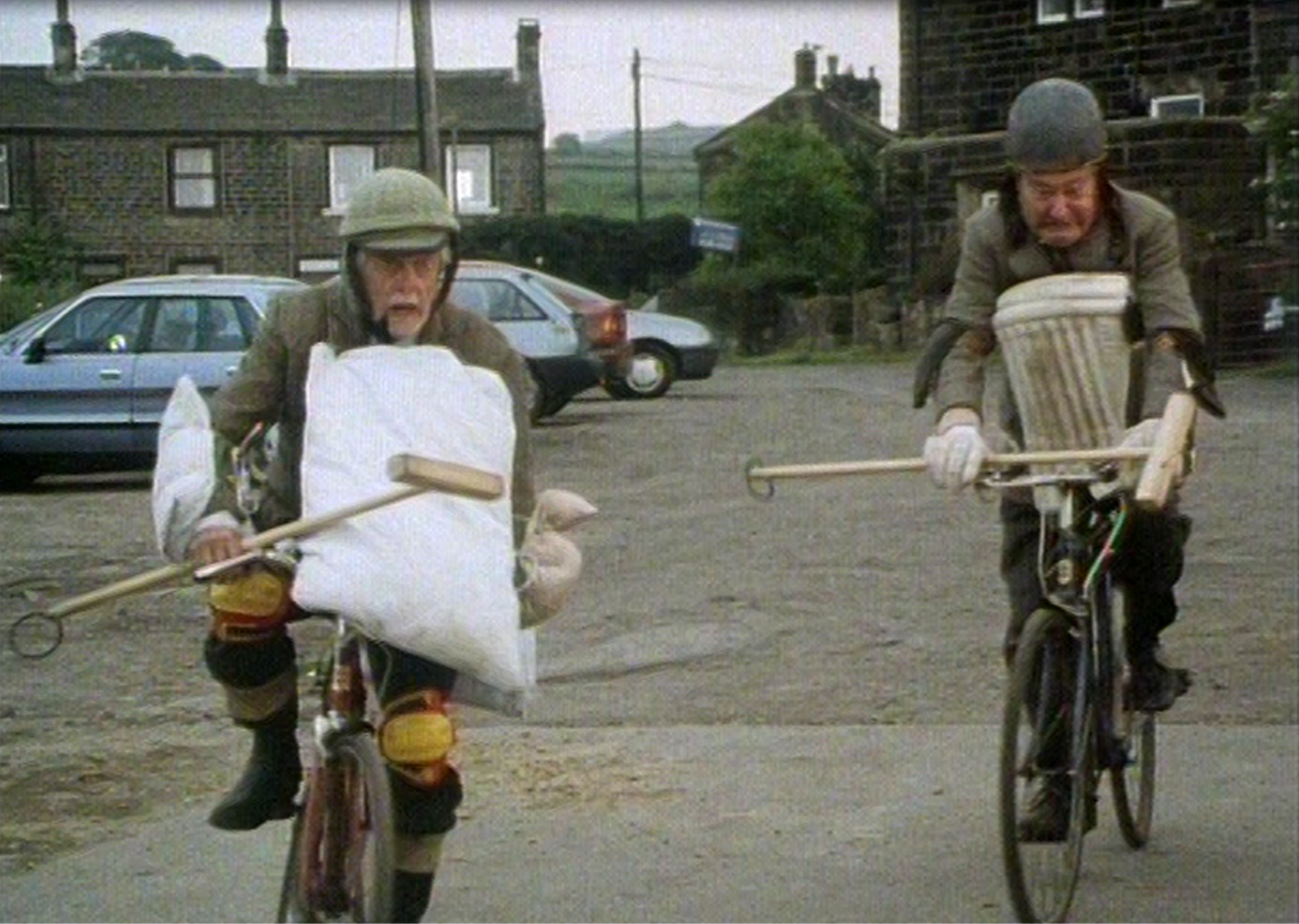 And of course the most known about sighting, "Minder" Season 8, starting September 1991. A 480 is in the background of the opening titles with Arthur Daley and his nephew Ray. No registration visible as usual but the DRLs have gone that familiar discoloured, sludgy colour so perhaps 2 or 3 years old by then.

Perhaps someone on here may own one of these cars today 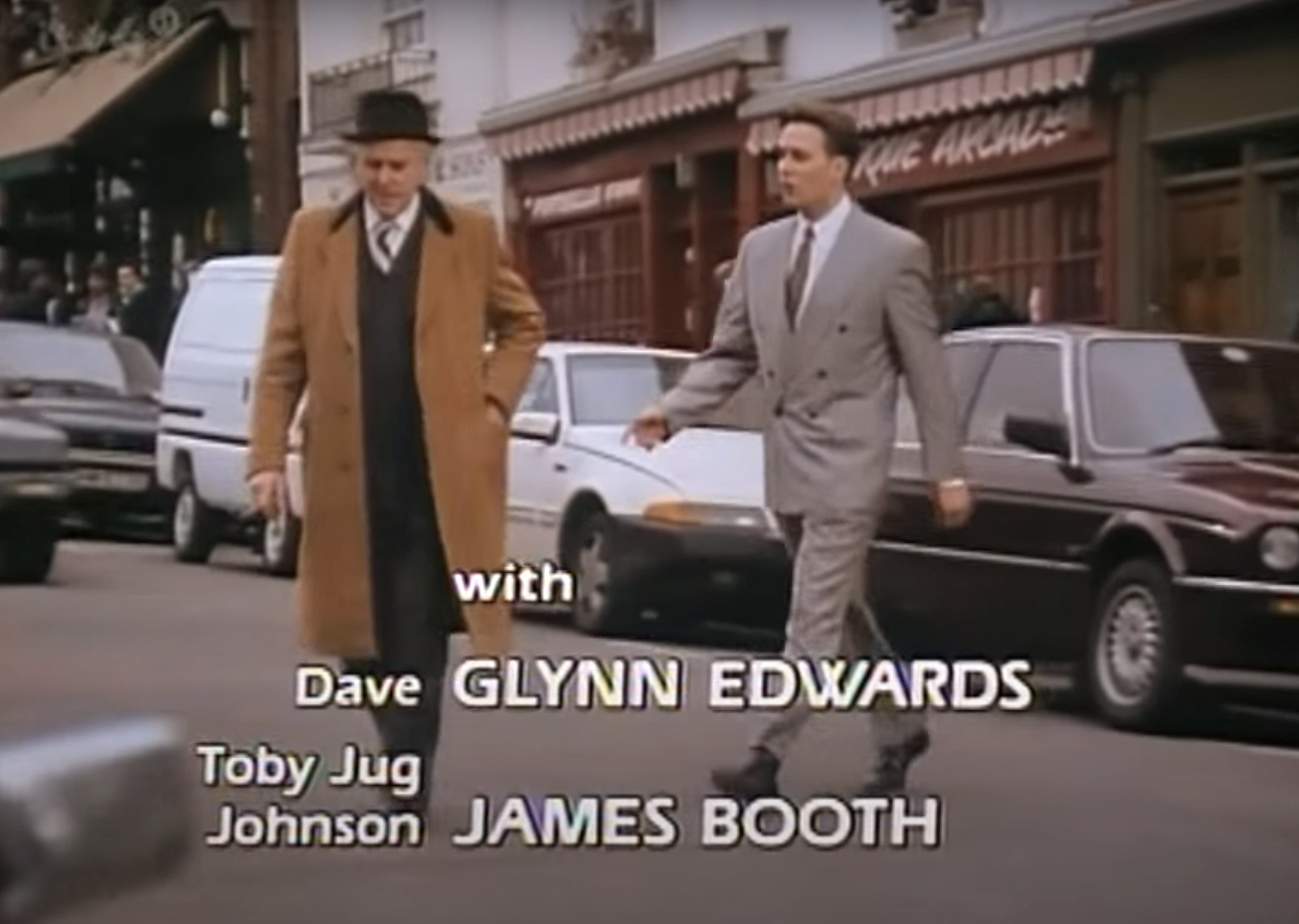 I am a stickler for 184 Silver Grey Metallic, as in the first one. It is lovely to see them in their original time period!

I did see one in the Cornetto film The World's End as a very strenuous, but distinctive background shot.

I wonder if I will ever find a period photo of mine?
Current Jobs to do (1/1/21):
Fix Central Locking
Fix drivers side speaker
suspension creaking below 40mph
Top

Yes the 480 definitely cut a dash in it's heyday. I remember seeing one in Bad Ems in Germany on holiday as a teen in 1988, first time I'd seen a Turbo with colour coded bumpers, (light metallic green/blue car, not familiar with the colour codes) front spoiler and of course TURBO in what seemed like big letters on the back, it looked the sleekest, tastiest car there amongst the upright and angular cars around it.

Seeing one in The World's End was a keen spot, not sure I'd have realised that was one but definitely looks like it.

Still not got to grips with the pictures on the forum. But I think I have noticed a red 480 in the episode Back to school Mr Bean around 2:50 In.
My family think I am quite sad for spotting this.

It's this one I think. Such lovely traffic wildlife in that series

For posting pictures go to www.postimages.org and upload an image, copy the "direct link" and then paste it between the two "[img]" tags
Current Jobs to do (1/1/21):
Fix Central Locking
Fix drivers side speaker
suspension creaking below 40mph
Top

Hard to do a screen grab so couldnt see the registration.

I posted this a few years back with the photobucket link, updated it now.
Top

Hard to do a screen grab so couldnt see the registration.

I posted this a few years back with the photobucket link, updated it now.

The grille/fog light surround has been painted white - it may have been done to more than one car, but otherwise it makes it distinctive and it has turned up elsewhere...just trying to remember where!!

Brookside - Tv program set in Liverpool in the 80’s/90’s and one of the residents of Brookside Close (Max Farnham) had this 480 turbo complete with tow bar.
I worked in the local Volvo dealer at the time (apprentice) and remember working on the car as it came in quite regularly.
Seems that it is still on the road

Yup, its our very own Ade's car.
Top

Yup, its our very own Ade's car.

and very lucky it's still alive ! Ade bought it as a rolling shell that had lost its engine to a Renault. Not sure what engine he ended up putting in it - there are old threads on here about it from when he was toying with several ideas. He hasnt posted for some time but he does pop up on our meets sometimes still driving it.
Sylvia

It’s back to being a turbo

Knowing Ade, it was always going to be a turbo, but wasn't he thinking of trying to squeeze a Saab turbo in ?
Sylvia

Ignore the Bork!Bork!Bork! and watch from 1:32 in this video:
https://youtu.be/6KHd_ilAawE
It's a satirical TV show from the 1990s (Van Kooten & De Bie) and it would take a long time for non-Dutch to explain what is going on. I'll suffice by telling that Van Kooten drives Volvo and De Bie drives Citroën.
There are not one but two 480's to be seen in this video, but only one could be identified. The one seen driving has licence plate JT-JL-30 and is a 1995 480 ES automatic. 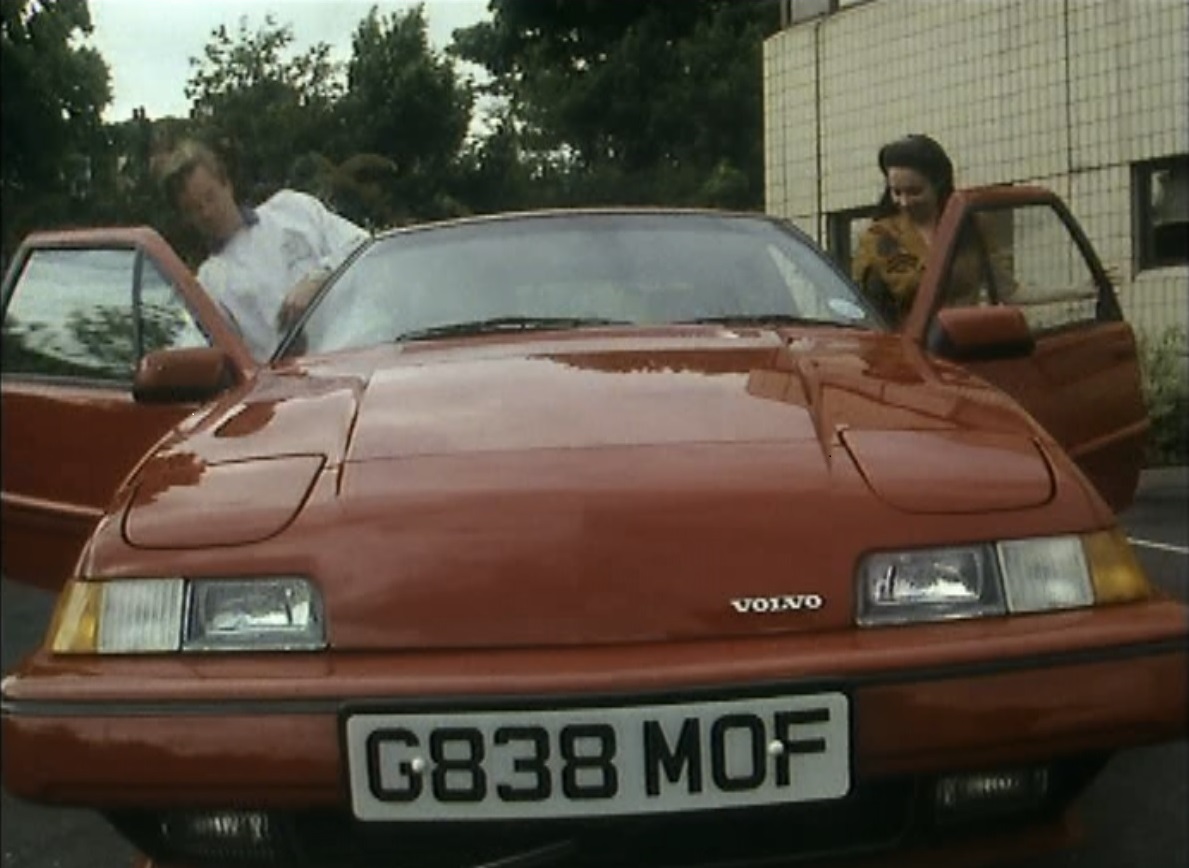 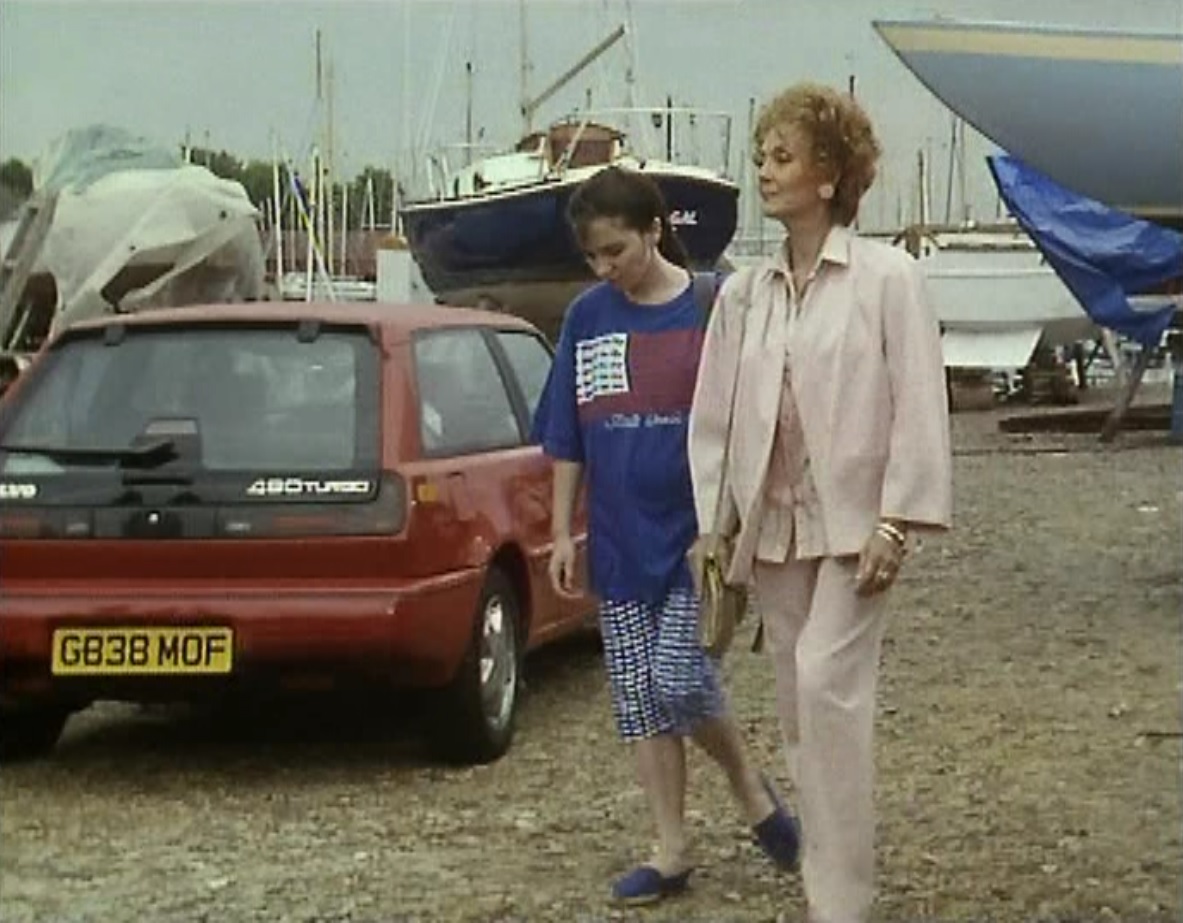 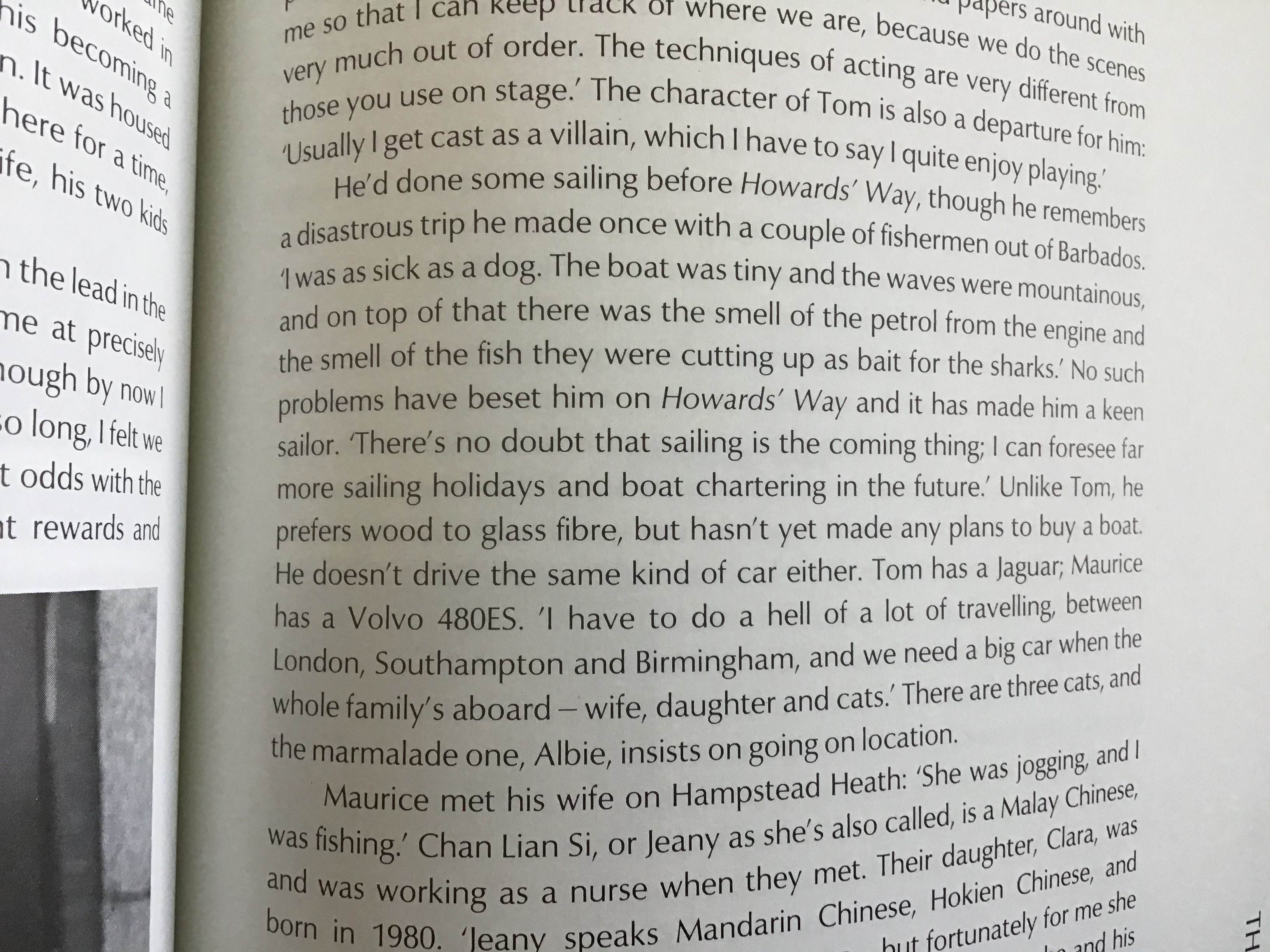 "Howard's Way" was filmed literally down the road from me, in The Solent area.
Top
Post Reply
21 posts