I thought it was about time I registered on the forum. Some of you will have seen my posts on the Facebook group or my Instagram @retrokid1983.

I come from a background of Fiat X1/9s, but my Dad’s love has always been with Volvo, most importantly, the 480.

He bought his first black 480 back in 1995, a naturally aspirated 1.7 ES and thoroughly loved it. Unfortunately whilst in for a service at the local dealer, the salesman approached him with the deal of a lifetime on an ex demonstrator 440 1.8 and he went for it. Three months after the purchase, he thoroughly regretted trading in his 480.

The hunt was on to swap back to a 480 and find the best example out there. It was 1998, we had just upgraded our computer to one that was able to go on the Internet (I can still hear the sound of the 56k dial up modem) and I was determined to locate one for him, even if it meant travelling afar. We tried a GT that had been traded at a Toyota Dealership where my Sister worked, but the Master Tech (now brother-in-law) inspected it under his ramp and pointed out that there was a fair bit of work to do.

We then located N231PNH down at Lex Volvo in Reading and a deposit was placed to hold prior to the weekend. Dad and I went down to view (I was just 14 so loved the trip) and we ended up completing the deal, much to the disappointment of two other customers who had requested to buy the car if it fell through. At 3 years old and 10,000 miles, the 480 Celebration was a gleaming beauty. Dad was overjoyed!

Fast forward twenty years and 230,000 miles to 2018, Dad still owned the car and it had done him proud. We even made it to a Volvo day at Rockingham race track!

With age and miles comes wear and tear. I’d just replaced the gearbox and sub-frame and we continued to keep her on the road. Sadly whilst driving locally, Dad was coming out of a bend and confronted with a pile of bricks that had fallen off a lorry; oncoming traffic left him no option but to go over them. Two buckled wheels and a broken rear trailing arm (detached from the chassis) was what resulted. We replaced the wheels but the detached arm revealed that welding work was required. At that point I hadn’t the time to complete it so we reluctantly agreed it was time to sell. Through Facebook the car was sold and trailered down to Devon where the buyer completed the welding and put it through an MOT.

My Dad was pretty miserable about letting the 480 go and it was a decision that I regretted immensely. Dad had kept a receipt for everything since 1998 – it was one sentimental machine!

March 2020 came and the very car appeared with no reserve on Ebay for a final time with just a week’s MOT. I had to get it!
Days later I was down on the train to Devon to bring the 480 back to where she belonged. After over a year of it being absent from us, I was overjoyed to see it arrive around the corner from the station to pick me up. I drove her back to Herefordshire without a breakdown and got a few thumbs up on the motorway from admiring passers-by. Dad was very emotional to see it again. We agreed it would be a joint venture to sort it out and keep it in the family.

The work begins. Sticking brakes, rotten exhaust, soaking interior, lights not working, broken front spring and just about everything else to do service wise. It may seem a fair amount of work to do but one of the main plus points of this car is the fact that we know it. It’s never had filler in the arches!

The plan is to get it mechanically sound for springtime, get a year's use out of it and then go further with the bodywork next year.

So far I’ve replaced the exhaust (Ebay part. I’ve had to lengthen it as it is a poor fit but it still knocks upon acceleration/deceleration. I’m thinking the gas strut engine mount is worn, allowing the engine to rock back and forth).

The nuts on the manifold to the exhaust were completely stuck. I decided to remove the manifold rather than snap them. With a thin cutting disc the nuts were slit and the threads saved. I also made a heat shield for the rear silencer to save cooking the rear boot floor.

I’ve stripped out the front suspension struts, dismantled, de-rusted and welded up the bottom spring perches. The dampers were replaced a few years back and showed no signs of leaks or weak resistance. New springs have been fitted with new top mounts.

I’ve dismantled the front brakes, popped the pistons out of the calipers and dismantled the carriers. All parts have been de-rusted using a bucket of oxcilic acid. They have been repainted and new pistons, seals and slides have been fitted. I’ve also made a new copper brake pipe to replace the rusted one on the n/s/f.

Loads more to do but I will keep an update on progress as I go. There are plenty of images of it on my Instagram project page.

Parts that I need at present:
Brake disc splash guards
Driver’s door side pocket (Ours has a big crack in it). 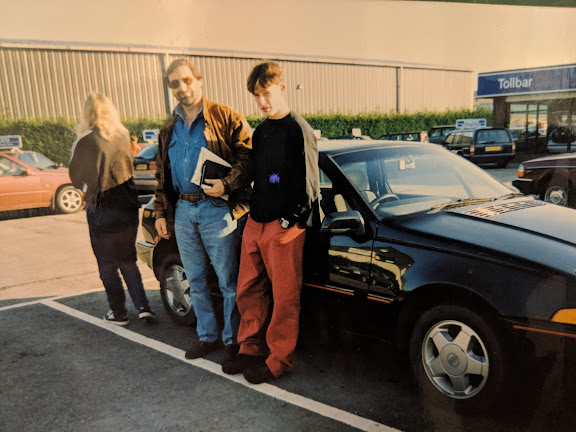 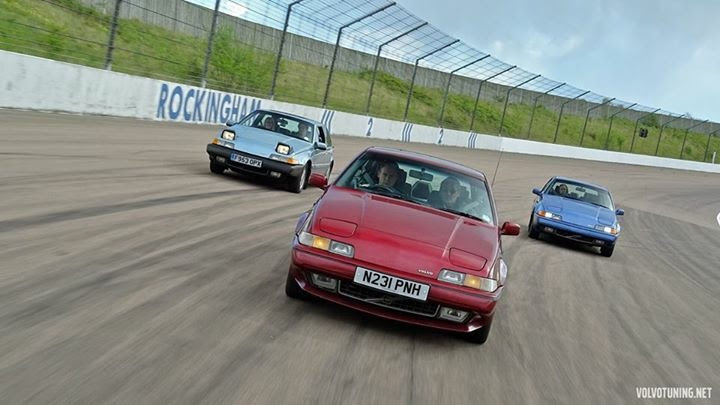 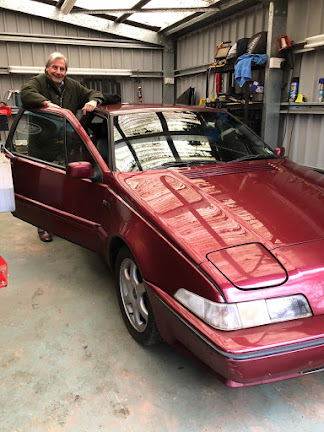 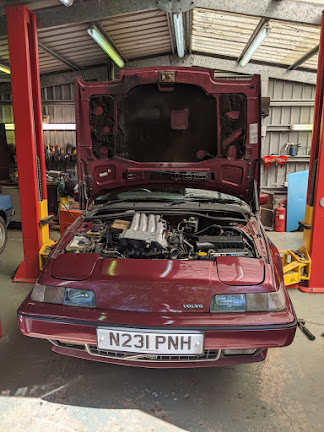 What a fabulous story. Thanks for putting it on here for us non-facebookers.

Brake disc shields are available new (amazingly) if you play about with google and part numbers - but with shocking prices for what is bent tin!

(Although they aren’t shipping to U.K. just yet - think that will change soon, was just pre brexit they stopped)

Or skandix, who are shipping to the U.K. (they use dhl)
Top


First off that is an absolutely wonderful story! I am so glad you were able to get the car back and restore it!

Glad to have you aboard!

Geat story - welcome to the club ! Keep us updated on progress. Hope to see you at a meet when they are allowed again.
Sylvia

Look forward to reading more about your 480 and seeing some pics...

Hope to meet you and the car at a mini-meet soon - whenever "soon" might be with the current Covid situation!

You'll find this place both friendly and helpful, so never be afraid to ask!

Thank you for the warm welcome. There are a lot of pictures in the bottom link of my first post.

I've located a set of unused second hand splash guards in the UK, so that's a bonus.

If anyone is braking a red Celebration or GT, please let me know. I could do with a replacement rear bumper.

Yes, when the world gets back to normal both of us will attend some of the meets I'm sure. Are there any members in Herefordshire?
Top

The red used on the GT is not quite the same as the Celebration - it has the same colour code but a different manufacturer code. We've had one of each at a meeting and could see the difference in colour - slightly more orange in the GT colour if I remember correctly. There were also ES models in Flame Red but I don't know which manufacturer they used for those, it may even have been a date related change. If you want a good colour match, check the final digit after the dash is the same on the donor car.
Good luck with the hunt !
Sylvia

Welcome Rob, have followed your posts with interest on Facebook. You will find the forum a very friendly and extremely helpful place. Good luck with the family wedge.
Top

Now on to the rears. 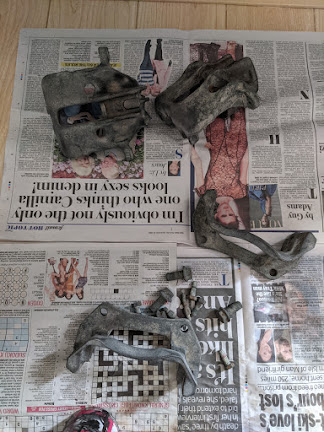 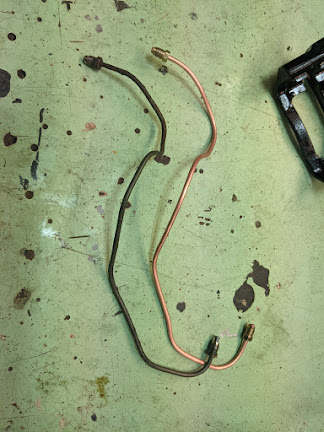 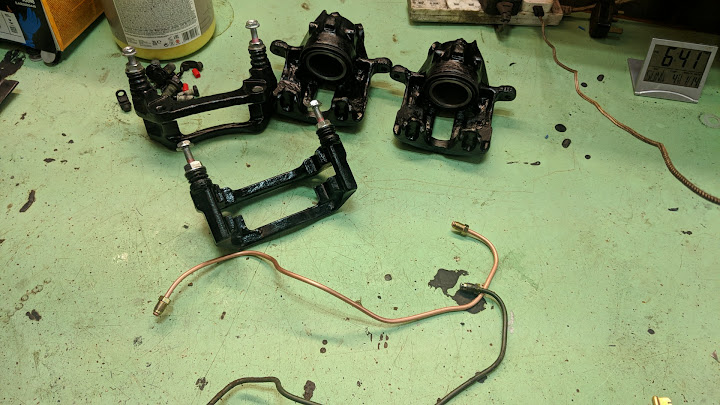 Lovely to see it all clean, isn't it!

Did you give up on splash panels or did you manage to get any to use in the end? (is that the black peeking over the disc...I can't tell!) I got nothing back at all from my mechanic in the end to be able to pass on!

I bet your dad is looking forward to summer in his celeb.

Good luck with the rest.
Top

I managed to get a pair of splash guards. The original NSF in the picture is still usable so I've only replaced the OSF. It's not far away now. Mechanically, it will be spot on!
Top

Though I would take a couple of shots with the sun out. Polished up, she doesn't look half bad! 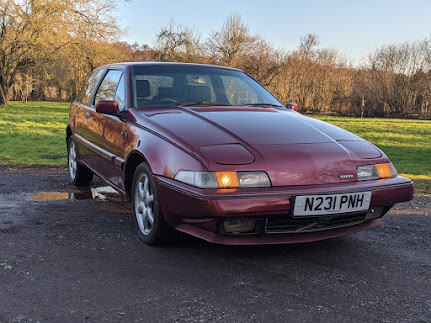 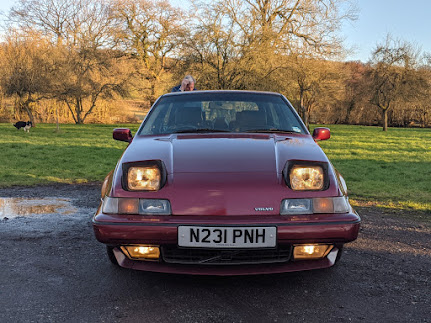 That looks lovely, and great to see it getting all the mechanical side restored as well. Well done !
Sylvia

I love that we have 6,437 different front lighting combinations to choose from.

Looks lovely. Like all of us; your dad is probably very much looking forward to this spring time!
Top
Post Reply
15 posts • Page 1 of 1