Does your 480 have tracking-problems? Does your car pull to one side? Or is your steering wheel vibrating? Read the posts in this category to find out what's going on.

Does anybody have advice or thoughts on whether I should have my rear axle sand blasted & powder coated or primed and painted with under seal. I have no concerns about costs but would just like the best method for preserving my dearly loved 480. I am going to replace all the bushes but am going to need a couple of lower bump stops does anyone know where I can get them from? Many thanks
Top

Huge fan of a blast and powder coat - have a look at my thread and you'll see I've already done the rear bumper bar.

I didn't think the rear axles suffered too badly from corrosion (but happy to be corrected). You could always look at getting a spare one and restoring that, transferring it across to your main car once done.
Top

There were 2 different designs of bump stop one had a large lower stop and no top rubber the other had a large top rubber and a smaller lower rubber.

As jifrflemon has said the axle doesn’t have a corrosion issue however the thinner metal that holds the stops in place may not have survived as well there is a tread somewhere that explains how to repair them if you are unlucky.

This is the large bottom style. 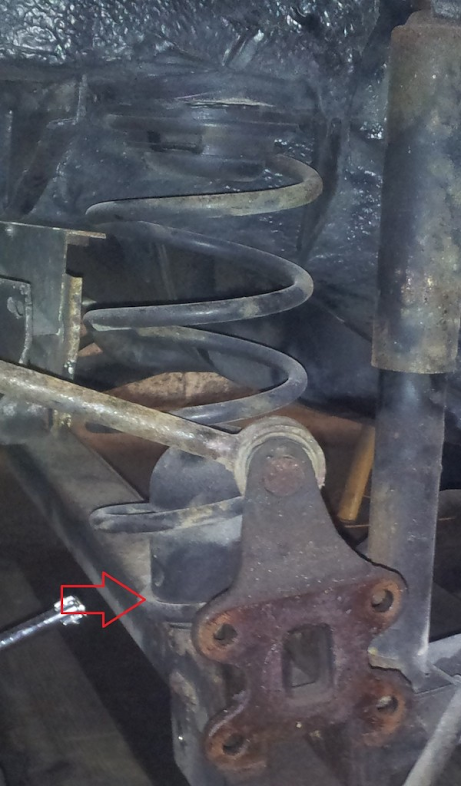 Thanks for that guys. Thats decided it I will have it sand blasted and powder coated. I have already bought one from eBay last summer and my project for this summer is to restore it.
Thanks for the photo, but my lower bump stops are not like this they are the smaller ones. I have one good one on the 2nd hand axle, and one good one that's still on the car. So could possible make a pair, but just thought it would be nice to replace with new if possible
Top
Post Reply
4 posts • Page 1 of 1

Return to “Wheel suspension and Steering (60)”